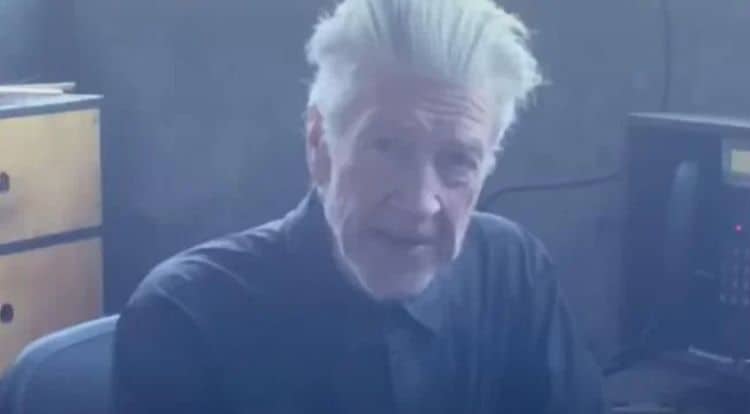 It’s still is a wonder as to whether David Lynch knows how to smile or if his facial muscles somehow lost that memory a while back. It seriously looks as though a grimace isn’t just his default mode, but also his preferred look since it’s how he typically appears in anything that’s paraded out to people. But at the very least his attempts to get people to find a calm and peaceful state of mind aren’t going unappreciated since thousands of people happen to like his weather reports in the morning and have taken some inspiration from them. As far as being completely positive and not allowing the negative aspects of the world in, that’s a nice thought and all and worth striving for, but sooner or later the world does get in at one point and that unified feeling might at least chip if not crack altogether. Yes, that is kind of cynical in the face of Lynch’s desired peace but it’s reality, though reality can also see people come together rather than stand apart as it appears some folks prefer to do now. It’s amazing to think that some folks would rather spend the rest of their lives apart for no better reason than because their ideology differs from that of another person.

But David Lynch appears to be one of several that arise attempting to find some shred of good news in the world at this time since lord knows that a lot of us can likely point out a dozen bad things before finding one genuinely good thing in the world at this time. Okay, maybe that’s exaggerating, but the point is that negativity has become a common, everyday thing since it continues to hammer away at every individual and doesn’t often go away on its own. But people can try all the same since the effort in attempting to make others feel good and ensure that they have a good and friendly start to the day can go a long way to making a difference in one life or many depending on how it’s received. But the point of it is that the doom and gloom that we see and hear about on a constant basis are easily alleviated sometimes with a kind word or an uplifting YouTube video in the morning, it’s just that David Lynch was kind of one of the last people that some might expect this to come from. Granted, he’s the favored director of a lot of people and he’s done several great things in his life, but at the same time the guy looks like he might have bitten into a piece of rotten fruit and the taste just never left his mouth from that time on.

But his efforts to keep people moving forward and in a good mood are important since too many folks have been drawn into the depression that has set in during the months that have been taken up by the coronavirus. People have been trying to figure out just how to go about their business and how to make things work now that some folks are unable to go to work due to social distancing mandates and how they’ll continue to support their families due to unemployment issues and a possibility that there won’t be any other stimulus checks coming down the pipeline. Some of this isn’t for certain since rumors fly and might not be as substantial as they sound, but people are scared all the same, and they have a right to be. The only problem with being scared in this era though is that fear allows a person to be controlled as those that know how to make that fear work for them will often continue to spread whatever information they need to in order to keep that control working for them. Sounds like a paranoid conspiracy theory doesn’t it? Unfortunately, it’s not as wild and out of left field as it might sound since a scared individual is one thing, but a scared popular is a great deal of trouble waiting to happen. It’s admirable what Lynch is doing and he’s right that finding a way to gain peace of mind and come to a type of emotional balance is a valuable asset to just about anyone, but stating that it could be possible if people just hop on the meditation train and get with it is asking for a lot. It’s definitely a good idea, but it’s also coming at a time when people have been forced to question everything, even good intentions.

It sounds as though Lynch will continue to do this and keep people informed of his various comings and goings in a way that will keep things positive and help people lift themselves up in the morning. More power to him I say.