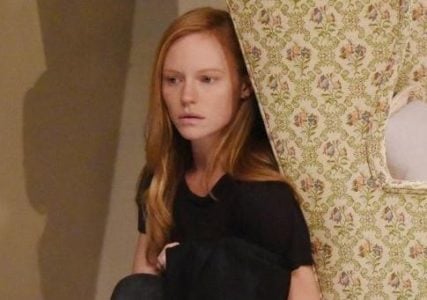 Days of Our Lives has shown us anything can happen, including not one death or injury when a plane crashes. Now that everyone is stranded on a deserted island, there’s a lot going on. The most notable thing going on is that most everyone involved in a love triangle of some sort is on this island save for Abigail. She’s at home planning her wedding to Dario so he can stay in the country rather than be deported. Except she has no idea he’s been lying to her and doesn’t need to be deported.

Now Chad and Gabi are stranded together. They just went through a mugging and a plane crash, and now they’re on an island. Eli broke up with Gabi when he saw her hug Chad following their escape from a mugger. Now he’s interested in Lani, who has kind-of sort-of been seeing JJ — who is super into her. So now all these people want to be with all these other people, and things are getting interested.

Most importantly, Abigail has realized she just wants to be with Chad. She’s not happy with Dario, and she’s not happy with how her life is turning out. She wants to have her husband back, but it might be too late. Now that all this is going on, we wonder what might happen for the most prominent love triangle — Chabby and Gabi. Will he end up with Gabi after their ordeal on the island, or will he realize he also loves his wife and wants her back when he gets home and finds out how she feels?