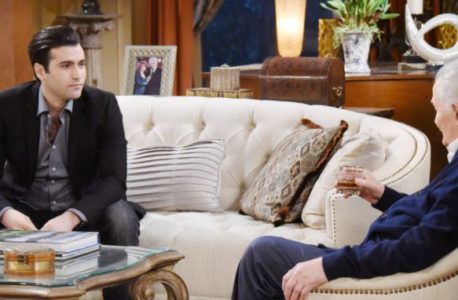 Days of Our Lives spoilers for upcoming weeks tell us some big things are going to go down. For one, we know that there is going to be a killer party, and things are going to go quite well for those who are there – until they don’t. They will all be drugged because of Sonny’s feud with Deimos. We know this, but did you know that Gabi is going to find a body? Someone will die next week, and we have no idea who it is. We don’t know who it might be, who did it, if someone did it, or if it happened as a result of the drugs that Deimos put in everyone’s system.

We do know that there is a good chance these people are going to have a lot of issues on their hands as they work on their relationships, and Lani is one of them. She’s going to say some horrible things to JJ as she realizes there is a body, and then she’s going to feel really bad. She’s also going to make out with Eli, and that’s not going to go well, either. She’s not feeling good about what she’s done, but she will not feel too badly about it at the end of the day.

She’s got feelings for both men, and she won’t know how to handle it. The good news for her is that she’s got more on her plate right now than she can handle, so this is not the biggest problem she has to deal with at the moment.