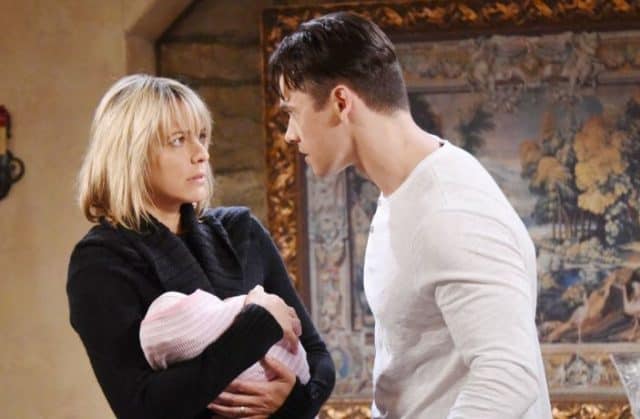 Days of Our Lives spoilers indicate a lot is going down right now. Chad is tired of sitting around and waiting on Abby to decide what she wants, and he’s not thrilled with her increasingly comfortable friendship with Dario, so he’s taking off. He’s not leaving forever, but he is going to Greece. He’s got some business to attend to there, and he’s going to make sure he’s able to enjoy every second of that while he’s overseas. Now, we suspect he’s headed over there to help Kate find an amulet that Deimos also wants. Do they know that Xander is over there with Nicole and the baby? Will they end up helping her escape her captor when they go over there to steal what he wants most in his own life?

When Andre finds out what Chad is doing, he’s going to be furious. That amulet is cursed, and it brings horrible luck and bad fortune to anyone who spends any significant time with it. This means he might have to find a way to get out of the trouble he’s in when he finds out, and it’s not going to turn out well. Chad and Andre barely get along all the time as it is, and this might be another nail in the head of their coffin as they fight about yet another thing. But Kate and Chad don’t care. They want it, and we think they want it less because it’s valuable and more because Deimos also wants it and they want to make him suffer in more ways than one.

What we are going to do is see a very unlikely partnership in the coming weeks. Hope and Andre have both sent one another to prison at various times in the past, and they’re going to say they’re not the best of friends. But times are desperate, and that means many people are unwilling to do things one day and completely open to them the next. This is a team that might not seem like they’ll work well together, but we will see it happen in a few days. How’s that?