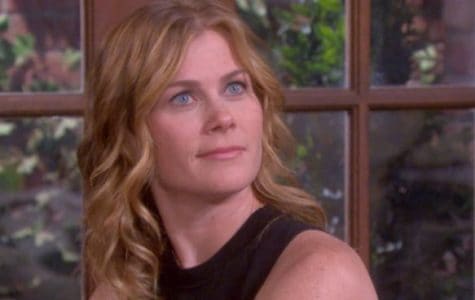 Days of Our Lives fans are not sure what to think when Sami has a plan that is not quite conventional. She wants to get Will to remember his life, so she thinks it’s a great idea to have Ben come home from the mental hospital in which he resides after stalking and trying to kill Abigail and after allegedly murdering Will. She wants him to remember, so she’s going to have the man they all thought murdered him reenact the murder. And this is not going to end well.

We have no actual idea what the heck she is thinking. The man has no memory of anyone or anything from his past life, so she’s going to get the man they all thought for years murdered him after he admitted to it reenact what happened? We know that he thought he killed him but didn’t, and that is still crazy. So what makes Sami think this will work or that it’s even a remotely good idea? We just don’t know.

All we know is she’s on a major role these days, and she’s not making any friends with her newfound desire to torture everyone she knows. She’s making enemies faster than anything, and she’s taking down her own reputation quite a few notches. But, she’s not exactly around for a long time and we all know it, so she might just have no care in the world how people view her since she’ll be on her way before much longer.