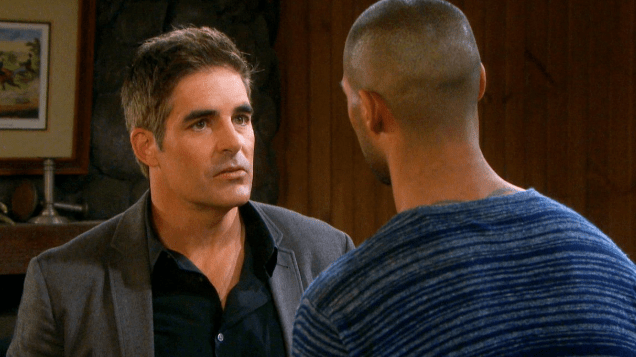 Days of Our Lives fans are always looking for the new and next big thing, and that’s something we can do every day. You never know who will show up in Salem and make a mark on the little town in some way. From being the most awful person to ever show up there to being the most horrible person to ever make a mistake around there to being the most amazing person to ever step foot in the little town, there are so many things that are the next best. But what about the best actors and actresses who have ever worked on the show and put their mark on this little community filled with bad guys, good people, and miscommunication? We love it, and we want to recognize our list of best of the best actors who have graced this little town of Salem (we’ll get to the actresses next time).

Wed love to see someone try to argue with this one. Who could? He’s amazing in every manner of speaking. He’s the man so famous for bringing the awful Stefano DiMera to life and making him make the people of Salem more miserable than they’ve ever been. He played the role with perfection, and he made us all believe he was the role. He is the man who made this possible. He is the man who brings so much to the table. He is the man who is going to make everyone owe him in some way. He was dead and gone many times before he actually did die in real life. The show cannot ever bring back another Stefano in a recast decision. They cannot do it, and they will not do it because he was so good at the role that he was the role. He was Stefano, and there is nothing anyone can say to make us feel otherwise about that.

One of the biggest, worst, most spectacular mistakes this show has ever made was letting him go. They let him go by not doing whatever they needed to do to keep him around, and that was a terrible mistake to begin this new chapter. The other horrible mistake they made was not writing him off in a spectacular manner. He deserved at least that much glory, fame, and recognition. To have him arrested and taken into custody for espionage off the screen and behind the scenes is a low blow for someone who gave so much and brought so many fans to Salem. We are not impressed — at all — by the way the show handled their differences with him. We still don’t know what really happened, but we know that no one else is this character, and they didn’t deserve to lose him for whatever reason they created. They should have thought twice, done what they could, and they should have made this right. They’ve lost a lot of fans and respect over this one. It’s been a long road, but we hope they can make it right in the future.

The fact that he is back is amazing to us, and we are so happy. He is one of the best actors to ever work on the show. He’s good at what he does, and he’s amazing anywhere they put him. But, the thing is that he created a character — Jack — whom everyone loved so much. He’s someone we cannot get over dying so many years ago, and we all loved him. But, what really made it amazing was that they brought him back. And he’s not going to be someone we like. He’s made himself unlikable. He’s made himself a situation he cannot handle, and he’s made himself a character we don’t want to see happy. He’s with Eve now, and he’s not the man we recognize. He’s someone completely new and completely different, yet he is rocking every moment of that and making it what it is. There is nothing small about that. Being a beloved character everyone was devastated to lose is one thing. Making a comeback as someone who is beyond genius is another. He’s managed to pull both off, and we are so impressed with his sheer skill and talent in this industry.