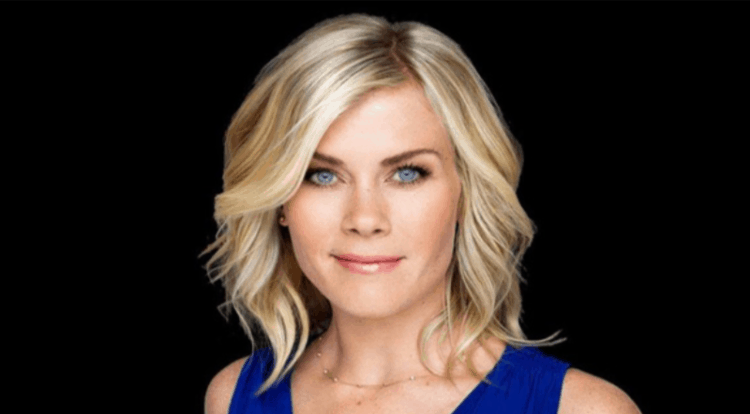 Days of Our Lives fans sometimes want to take a break from all the drama and focus on things that might be changing around the show in a way that is a little less dramatic, and this is one of those days. We hear that 2019 might bring some faces back to town that might make you smile a little, and we are going to discuss some character returns and new faces who might just show up around the show in the near future. Right now, we are focused on the fact that a few familiar faces ended up leaving the show for no good reason other than the fact that we just don’t want to see them go.

We love Chad and Abigail and their little family, and we are so excited to see that they are going to have a happy future together. They are going to spend some time focused on all the good things in life, and they are leaving. They are gone, actually. We watched as they exchanged vows in front of their friends and family last week before bidding their final farewell to the family they love. They took their two kids and they bailed on Salem. They’re right to do this for their family. They can never be truly happy in a world where people are always looking to hurt them. Where their own friends and their own family are willing to lie to them and cause serious drama in their lives for the sheer pleasure of acting like things are working in their favor — but we get it. We get that this is a thing. And we want to see if we can change that in some way, shape, or form.

But they are gone, and we have some news that there might be someone who is not gone for good. Remember when Sami and EJ had their son, EJ, and he was born all loved and stuff? Sami might focus more on her adult child, Will, than anyone else at the moment since he is a child who has more to offer in terms of the drama, but she does still have a younger son who needs her help and her love. She’s in the middle of her own personal situation right now as she’s left town again, and Rafe even went to help her out recently since she’s lacking a father figure for her son, Johnny DiMera.

Well, the rumor on the street is that little Griffin Kunitz is making his own return in the near future. He’s going to be back to take over the role of Johnny, and he’s not going to be in a good place when he comes back. We have a small feeling that his life is changing forever because he is not going to end up getting what he wants from things. He’s a mess, and that’s all right, but how do we handle that?

What we suspect will happen is that he will come home a mess. He’s been acting out for his mother, and he will come home with her because she’s going to need some help and support with him. Things in his life have never been fully good. He’s never had a stable environment in which to live. His mother is a mess who leaves him for long periods of time with others so she can come home to Salem and handle her business. His father is dead. Things are not going well in his life, and he’s a kid. He’s not a kid who can do this on his own.

And he’s made that clear to his mother. So, right now, we suspect he’s going to come home with some big behavioral issues. And we suspect that those behavioral issues will mean that he’s going to have some time on the screen causing some drama of his own. Perhaps he will end up needing some sort of medical help because of his issues. Perhaps he will end up making his mother’s life miserable. We don’t know, but we know that the rumor is that he is coming back to town sooner rather than later. And we are excited.