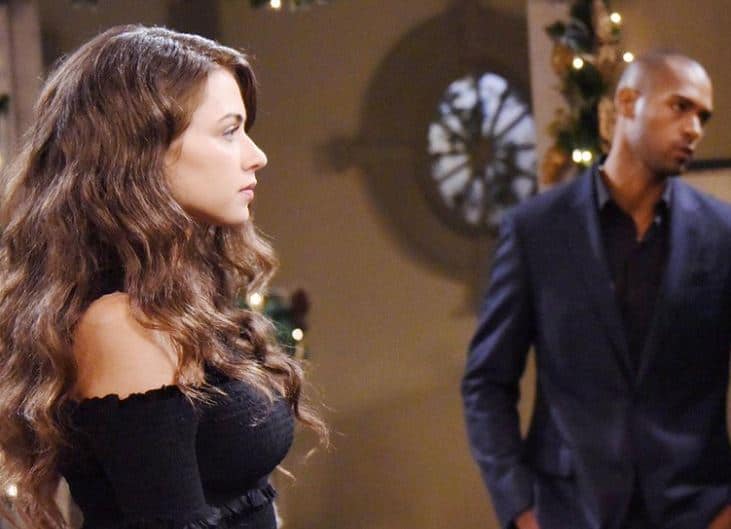 Days of Our Lives fans aren’t exactly a stranger to the death and destruction that comes along with living Salem, but the new year brings about many new opportunities for the show to shock the fans and make big moves. One of those big moves could be the fact that there will be some deaths in the new year. It’s been a while since a major character really did die and leave us all behind, and many of the ones who did in the past have come back to haunt us in real life. We have to wonder if there is a new trend of main characters no longer dying because it might drive fans away. It’s been a while, and we think that there could be some major deaths – aside from Nicole’s recent death after leaving and showing back up for five minutes. If there are any deaths in 2019, we predict it will be these.

Like Nicole, he’s a character who comes and goes. He’s around for a few weeks, he takes off for months, and everyone forgets about him. He’s not here for anything other than his own agenda, and that’s where he rolls out when he feels like it. Also like Nicole, she leaves and comes back when she wants all the time, and that makes it a little bit easier for us to accept her as dead since she wasn’t a main character for so long. With that said, we do think there is a good chance that he might go, too. He’s not been a main-main character in a long time, and that leaves us wondering if there is a chance he might leave and not come back anytime in the near future. He’s someone we like to see, but he’s also someone who doesn’t bring too much to the table in terms of what’s going on when he’s not in the mood. He could die – and he might. He’s been trouble for a while.

Okay, so he did die last year. Except, he didn’t die last year. Something happened and he managed to have some sort of life situation that worked out for him to come back and force Sonny to marry him and completely ruin his life. He did that well, if you ask us. He’s been a pain since he showed up. He came in as someone who seemed to take Sonny’s mind of the fact that his ex-husband suddenly returned from the dead, and then he fell in love with the man Sonny was engaged to, and they both left him behind. It was not his finest moment in any way, but it works for us. He’s a man who didn’t get what he wanted until he did, but that was taken from him when Leo came back and threated him. We don’t know if this is something that will turn into anything at all, but we are wondering if this means that Leo could die this year and really not come back. Well, for a few years until it works for him to come back and ruin more lives.

We aren’t sure there is a chance this will happen at all, but we could see it. She’s not made or kept any friends over the past few months, and everyone and their mother is mad at her. She’s made some very bad decisions that are costing her everything she’s ever had. She’s no longer the kind of woman she was in the past. We are all having a difficult time seeing her as a nice girl with good intentions. She’s been losing her mind a bit since the time Abigail died and then came back and took Chad from her when they first started to rekindle their love for one another. She’s been unhappy with the situation in her heart ever since, and we think she was just looking for a way to make Abigail pay. The fact that her alter egos blamed Gabi for murder was her chance. She needs to let it go, but she continues to choose bad people with whom to spend her time, and it’s not a good look on her.