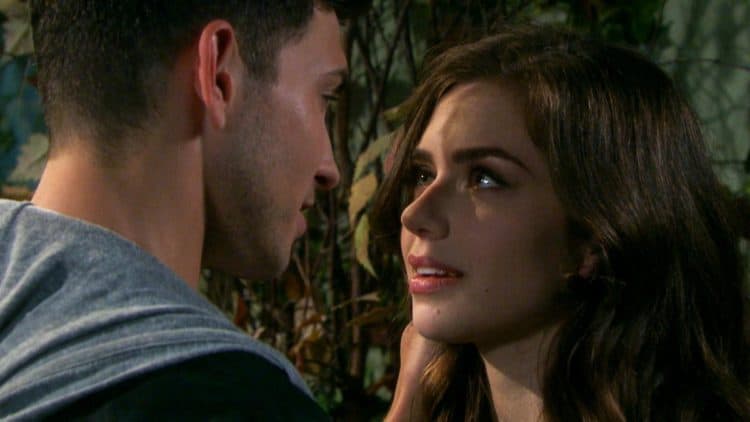 Days of Our Lives fans can admit that we probably see more faces than we care to admit throughout the years. There are some characters who come and go, and there are some that don’t make it long at all, and there are always new faces around here. Some of those new faces are replacing old faces, and it’s our job as fans to pretend we don’t notice when our favorite character suddenly looks nothing like he or she did the day before. Some original actors leave, some are fired, some die, and some go on to bigger and better things, and sometimes they are replaced with a new face. We pretend we don’t notice. Other times, a new person comes along and makes a huge splash. And, then, there are times when people are there but we totally and completely forget about them even though they were so good. Who did we forget about in the wake of a new face being given?

He’s gone on to have one of the most successful careers of all time following his stint on daytime television. He’s darn good at what he does, which is why we are always shocked that we forget he was ever part of the show. The worst part about this, too, is that he’s so good and that he wasn’t just a quick guest. He was here for a long time, and he played a big role. He was Eric Brady for years. He was the first adult Eric when he was SORASed in the 90s, and he was here until 2000. He even had three nominations at the daytime Emmys because he was so good in the role. Yet here we are all loving current Eric so much that we forgot about original — and quite good — Eric. What does that say?

Let’s not pretend we want to see him here again when we all love him so much on the Bold and the Beautiful. Let’s be quite honest when we say that he’s so good there that we simply don’t want him to ever leave that role for this one again. But, the fact remains that he is one of the most beloved and talented daytime actors, and we just straight up forgot that he was ever part of the Salem elite. Do you remember when he was Max? He took over the role when he was SORASed in the early 2000s, and he was there until 2010. That was a long time, and yet here we are all forgetful and not aware he was ever there. This is something that makes us feel bad, but it is what it is, right? Perhaps he’s just so good at being Wyatt over in LA that we forget he could ever do anything else on another show for any reason other than what is going on. It’s probably just that, right? We would have to say yes.

You guys, he’s the lovely and beautiful Dr. Hamilton Finn on General Hospital (and he was Silas, too) but he wasn’t always. In fact, he was actually Tanner Scofield. He came onto the show in the early 90s. He was there for a long time, too. He was there long enough to have a lot of romantic moments with the very lovely Carrie Brady. He also went on to have a romantic fling with Molly. They actually really did make it work, and they were known as one of the best and move beloved couples on the show for many years. In fact, they were so good together that fans were happy to see them go off together and live their lives happily ever after when they departed, together, on a high note. But, the fact of the matter is that he was one of the most popular characters on the show for many years, and yet we forget he was ever part of it when we see him on General Hospital. It’s not that we forget because he’s bad at what he does. He is not. It is just that he is so good as Dr. Finn that we cannot see him doing anything else.