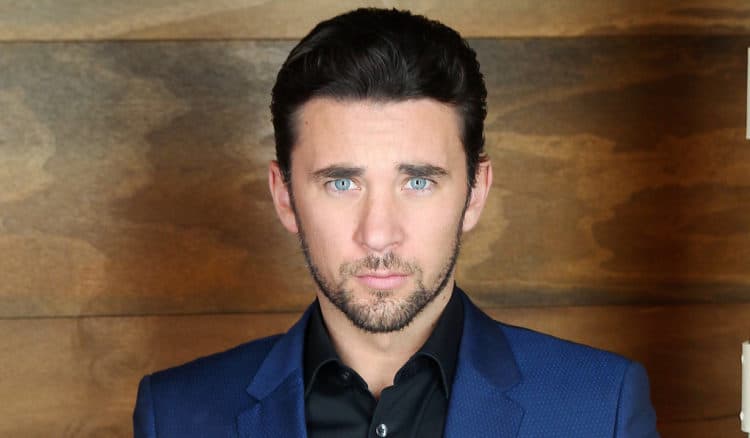 Days of Our Lives fans know that some people come and go, and they never come back when they are done with a role. But other people know that there is never really a final goodbye unless an actor actually passes in real life (may they all rest in peace). Otherwise, there is almost always a chance they will come back and rock the show like itâ€™s their life. Thatâ€™s where we are right now. As we finish up the first full week of the second to last month of the year, we are inspired to share with you the people who will come back to the show and rejoin us as an early holiday gift. Itâ€™s not often you get to see almost all you favorites come back around the same time, but here you go.

Heâ€™s been off in Paris with his wife and their two kids living a life that is not the best. They left Salem hoping that they could find some peace and happiness in their lives, but all they have done is make a major mess of their lives. Theyâ€™ve both been tempted by other men and women. Theyâ€™ve been fighting. Theyâ€™ve been involved in things that they should not be involved in. They are not in a good place, and thatâ€™s what makes their situation one that doesnâ€™t work for us. But, they will be back at the time the show jumps forward a whole year, and we are excited about it.

She is set to come back with her husband and their children on the 11th, which is rumored to follow the one-year time hop that everyone is so excited about. They have had some trouble in Paris, but nothing so bad that they felt they needed to do much more than turn down the position of CEO from Tony when he visited and offered it to his brother. Sheâ€™s been making waves with some men in Paris, taking care of the kids, being upset with her husband, and worrying about her family and her friends at home. She is worried for her mother and her father, her brother, and even her friends who have been through so much. She has a lot to handle, and we wonder to which capacity she will come back when it is her time. She might not be in a good place a year after all that is going down now. It might not work so well for her, but what do we know about any of it other than the fact that we are just plain excited sheâ€™s back?

Laniâ€™s mother had to come back for her wedding, but we donâ€™t know that she will be here for long. Maybe she will drum up a little bit of drama in the wake of her daughterâ€™s wedding and her old baby daddyâ€™s new love interest, but what do we know aside from the fact that she is back, she is happy about it, and she is not living a life she is regretful of. We like it, and we are happy to have Sal back on the scene in Salem.

We know sheâ€™s been back a few weeks now, but she was gone for a while. We missed Adrienne, and we are so happy to have her back on the show living her best life, getting married, and being so happy. Sheâ€™s been missed each time sheâ€™s taken off, but sheâ€™s always managed to make us feel good that sheâ€™ll be back. Sheâ€™s back. Sheâ€™s good. We are good.

Sheâ€™s back, and we love her. Sheâ€™s going to help out an old friend of no one as Jordan has decided that getting Claire to help her escape from the mental institution in which she is being held is the best thing for her. Jordan knows that Claire hates her aunt Ciara, and Jordan also hates Ciara. So, the two of them might just work together â€“ so long as all goes well for Jordan â€“ to take her down and get rid of her for good. We love it, and we are all about it.