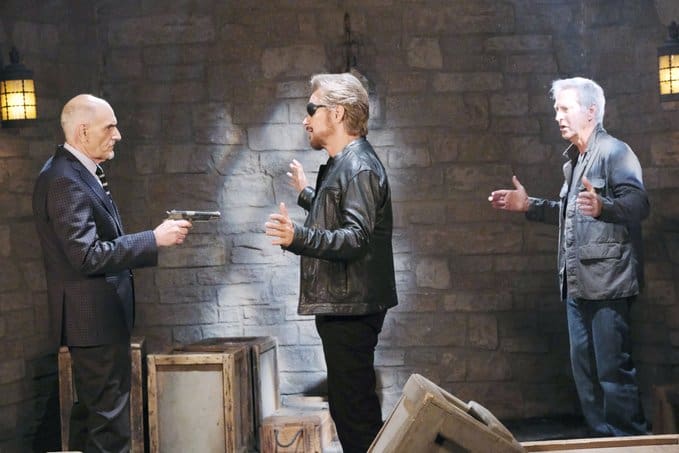 Days of Our Lives fans know that Xander is not the most reasonable or the most level-headed person on the show. He’s the man everyone in Salem calls if they want to off someone or kill them or take their lives or do something equally as horrible to them, and he’s good at doing exactly that. He’s not a reasonable man. He’s not a man who is good at anything he does other than making things wrong and all kinds of worse than they were, but he has developed a serious soft spot for someone as of late. He’s feeling really good about people like Sarah. He’s fallen so hard for her and he cares so much for her, and he would do anything for her. So, when he walked in and found her in a situation that screams compromising, we could see how he was less than thrilled and not okay with any of it. It’s a moment that he will forever remember as being horrible.

Then there is all that happened with Gina, when she had to do all she could to make sure that John was okay when he found out that Marlena died. She didn’t. But, they are telling him that she did, just as they are telling her that he did. They both think the other is dead, and they are both being isolated from their friends and family to keep this ruse going. They are being put into the midst of the grand plan that fake Steve and fake Hope want to make happen, and it’s working swimmingly for them in this moment. It’s ugly and it is more than a little bit uncalled for, but it is what it is and that’s all we can say at this moment. We hope that things get better.

Why it’s the DiMeras. With Leann Hunley in my dressing room after 37 yrs of a magical time. She is the best. Consistent & so trustworthy, rare in these times. #Days #NBC â¦@LeannHunleyâ© pic.twitter.com/ZboZlCrv5w

Now that is what we call commitment.

Brady and Kristin were really just not going to have anything happening between them, but it turns out that this might not be what is really going on. There is so much happening here, and it’s such a mess. But, they are going to share a kiss, and we don’t know how to see this as it pertains to the future and what might happen between them later. They seem like they might have something in common and that they might want to be together given all that happened to them this year with their daughter and their loss and all that is their heartbreak, but what do we know? Then there is the simple fact that Sarah is in a messy situation with Xander, but she is about to do something big and bold. She’s going to tell him that she loves him, and we don’t know how this will end or where it will go.

Ciara is a woman who feels that she’s in a bad place. She’s let down Ben with all that is happening, and she feels so horrible and so responsible for all of it. Her heart hurts, and so does his, but we fear she will not talk to him about her feelings, and that they will grow worse. Eric and Nicole are also about to reconcile and make things work for them, but we know she’s leaving the show, so we don’t know where this is going and how this will work out for them. Will they leave together? Will she die? Will she run off by herself? We don’t know.