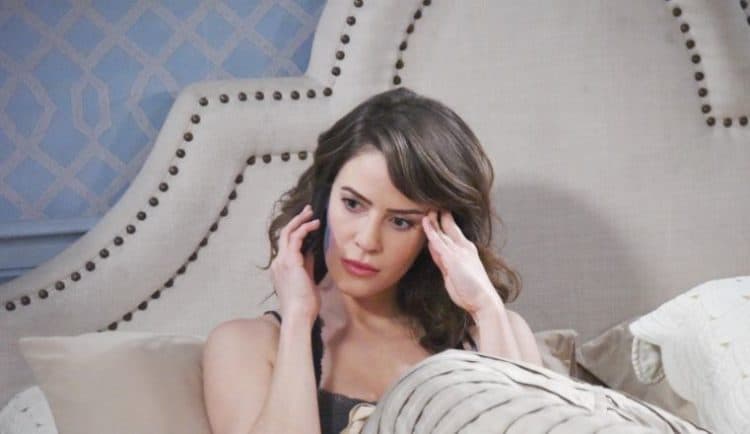 Days of Our Lives fans got a pretty big shock this week when things started out the way that they did. We saw Brady walk in on something he never thought he might see, which was Victor in the middle of trying to kill Ben. Thankfully, he walked in when he did. Things could have ended a lot worse than they did, which is something we have to discuss another day. We cannot help but wonder if there is more to this than we thought initially, but we are also in the middle of wondering what might be going on around here while things are still being figured out. We are not sure how to focus on things outside of our realm of understanding, but we do get that there is more to this.

Fortunately, we also got to see that Eric opened up to Nicole about what happened. She needs to understand that she was dead, and then she wrote him off entirely after she came back from the dead and everyone thought that she was upset about the death of her daughter. There was nothing else he could do at that point, and it was a horrible moment. But, we do know that there was a lot more to this than met the eye. For one, we did know that there was so much going on with him that he ended up getting her pregnant. Not that he knows this yet, as Sarah is too afraid to tell him. She doesnâ€™t want to ruin all the things that are good in his life right now, and that is the fact that the real love of his life is home and she wants to be with him. Thatâ€™s all there is, and she doesnâ€™t know how to break his heart with this news.

Look who's back in Salem. Leann Hunley stopped by Inside Salem to talk Anna's antics and Kristen's shocking unmasking.

Listen to the latest episode of Inside Salem now: https://t.co/9vlZu5XJZ3 pic.twitter.com/ONMbqu882H

We bet this will be an interesting conversation!

Revenge never dies between Vivian and Kate – and now Stefan and Gabi are pulled into the fray. Watch #DAYS, weekdays on @NBC. pic.twitter.com/WhU7Y6qU71

Kayla and Jennifer are not happy when they find out someone else is coming back to town that they did not see coming. What is going to happen is going to be a difficult situation for them and so many others to face, but we can see that things might just improve for them if they allow it. It might not make that much of a difference right now, but it might make it in the long run. We hope that they can focus on things that are healthy and better for them, but it might not work. Meanwhile, w also know that Hope is going to be horrified when she has to break some bad news to Doug. Heâ€™s been there for her when sheâ€™s needed it the most, and now she has to be the one person who gives him the bad news about Julie. She doesnâ€™t want to do it, and she is certainly feeling crushed about it.

Stefan wants to get his wife on his page, but sheâ€™s not willing to let that happen. She is all about calling the police and letting them know all about Vivian, but heâ€™s not about it. Sheâ€™s not really sure why he wants to protect her after all sheâ€™s done, but thatâ€™s his mother. She might not know how that feels, but he will do anything and everything he can to protect her, and thatâ€™s all there is to it. We want to see more come of this, but we cannot be certain it will work out for anyone in the moment. Itâ€™s all ugly.