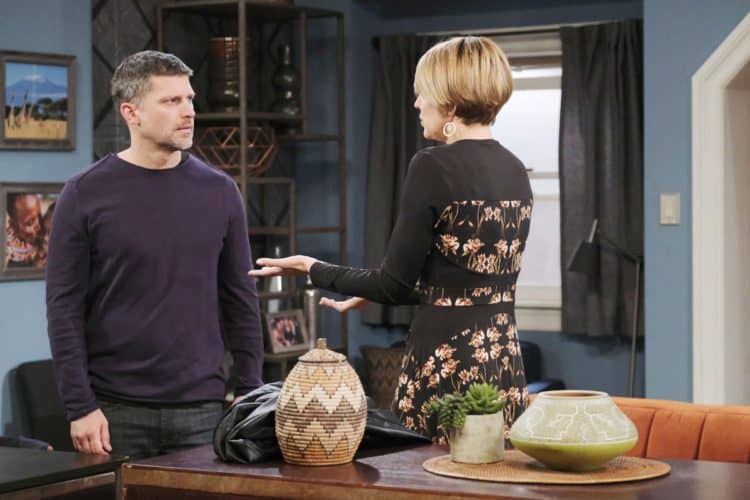 Days of Our Lives fans did not get to see a new episode yesterday thanks to the fact that it was a major holiday and all people were having a beautiful day with their friends and families. NBC didnâ€™t show the show, and they will not show it again today, but that doesnâ€™t mean we cannot get into a few things of our own. We can discuss what we think is going on around here, and how things might play out before the new week begins next week. Would you like to hear our thoughts on a few things that we think might go down before much longer? Or would you rather hear our thoughts on what has already gone down around here?

We think there is a lot going on we donâ€™t know much about when it comes to Stefano. He is not a man who is usually going to give us anything other than total surprise in his life, and thatâ€™s how heâ€™s been for a very long time. Heâ€™s not making any major life changes right now, and we get it. Heâ€™s been gone a long time, and we thought he was gone for good after the actor who has played him so long passed away in 2017. However, it appears that he is not gone, he is not dead, and he is back whether people like it or not. Heâ€™s a man who didnâ€™t have much else going on in his life in Salem that was good, but heâ€™s back to make sure he can make things worse. His son, Chad, has been in touch with him. Additionally, we also know that the awful Gina has been painting a portrait of him, and sheâ€™s put the finishing touches on that as of this week.

Marlena is going to live her life wondering who is her secret admirer. We have our theories on that one. For one, we all know that Princess Gina is all about being with her man, who she calls John. John loves Marlena, so this is not a thing that is going to happen for her, and she knows this. But, then there was the moment that all seemed to change when a secret admirer reached out to Marlena. For a moment, we thought that it might be Princess Gina playing some tricks on them so that she fixates on this and makes John mad that sheâ€™s so obsessed with who it might be. It shouldnâ€™t matter to her since she is happily married to John, right? However, now we might begin to think there is a bit more going on around here.

Is there a chance that her secret admirer might just be Stefano? There is a lot of overlap around here in terms of the things that are going on, and we could see this being the case. This could very well be what is going on, and how things are playing out, and we might see that it gets worse from here on out. If this is true â€“ and we suspect it might be truer than true â€“ this is one couple who might have a lot more to worry about than they know. But, thereâ€™s always more to every story, so we donâ€™t know for certain if we will learn more about this right now, or if there is more to what happened over the course of the past year that we just donâ€™t know much more about. There is always some mystery.

Of course, there is also a new situation with the fact that we might even see that Ben is going to have to get in even deeper with Clyde. He knows this man is out to hurt Will, and he cannot allow this to happen. So much appears to have happened to and around Will the past year we didnâ€™t get to see, so this is something we suspect is going to make big changes in the lives and the happenings of everyone around here. We donâ€™t know much more about it, but we do know that there is so much else we donâ€™t know. What might we learn in the coming week when things take a much bigger turn?