Home
Movies
Could the DCEU Pull off a “Son of Batman” Feature Film? 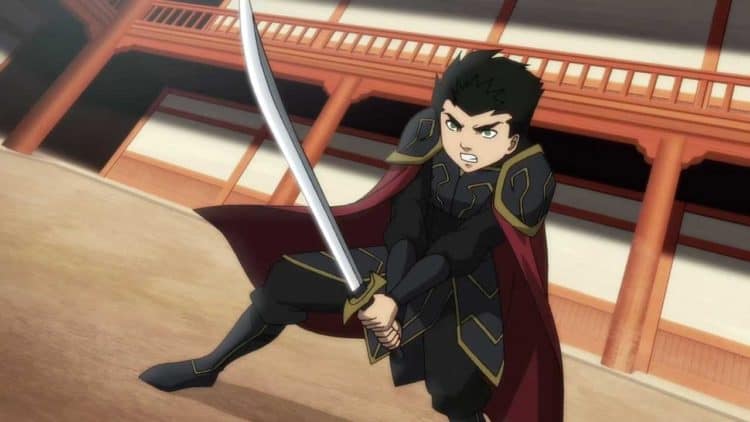 A feature film of the Son of Batman would likely be a great idea for the DCEU if they would pull the trigger and make it happen. The animated features are all well and good, but people want live action these days and without it the DC universe is quickly falling behind. The DCEU really has to do something to finally be able to pull into a headlong competition with the MCU, even if that shouldn’t be the guiding principle of their success. Right now though they are seriously trailing and it’s been obvious since the Snyder-era that the shadows are getting that much deeper and the darkness is closing in. There’s still hope for the DCEU to be honest since they have great stories and intriguing heroes to showcase. But they really, REALLY need to step up their game and find ways to introduce more of their heroes in a way that will excite fans and allow them to finally be excited about a DC movie that seems to be moving forward. Right now Aquaman is kind of tipping the scales as to whether people will continue to believe in DC, while the Joker’s upcoming origin movie is getting people talking. But in terms of the Batman saga there needs to be some sort of change or people are going to be forced to admit at one point that the dark knight is simply incapable of change, and those stories revolving around his are bound to share the same fate.

Here are a few reasons why a feature film of Son of Batman needs to happen.

The caped crusader has been at it for many a decade now and despite reboots and remakes he’s getting a bit old no matter how popular he is. The saying “I’m Batman” has become more of a meme than ever before and while the hero is still cool many people are starting to think that it’s time that he finally hung up his cape or at least contemplated passing the reins to the next person in line. Besides that, it seems as though defying time is no longer a possibility in the movies since Batman has been displayed as getting progressively older and more broken down than ever before. The Son of Batman could be a way to pass the torch, or to at least show that the Batman is eventually going to be no more and that a worthy successor will step forward to either claim or retire the mantle. Heroes are great and many fans don’t want them to pass on, but there comes a time when even legends have to rest.

It would keep the franchise from growing stale.

Think about it, for all the adventures that Batman has had, all the foes he’s faced, the prospect of fatherhood has probably been one of the most difficult times he’s ever had. Anyone that’s been or is still a parent knows that kids are a continual challenge to the way a person lives their life. It’s one that a lot of us meet on a daily basis and find a way to adapt to, but with Damian being the kind of kid he is, one trained to be a weapon, and Batman being a billionaire playboy that’s never really had to take on a fatherhood role, it would be something as of yet unseen in a movie setting. Beyond the animated version this would be a pleasing development for the dark knight since it would force him out of his comfort zone and into a spot where he couldn’t escape. Of course in the current version it would be a bit difficult since Christopher Nolan couldn’t possibly bring Talia back after killing her. Even movie magic wouldn’t explain that away fully enough.

Damian could be the new hero that people are wanting.

Remember the many times that Batman has been seen as controversial? Well Damian seems ready to put those moments to shame in the animated version. You could possibly say it’s because he’s a kid and working off raw emotion more than anything, but even trained and composed it seems like Damian might be more edgy than his father could ever be. That is the kind of hero that a lot of people are calling for, one that skirts the line between what’s right and wrong, not someone that allows his morals to blur now and again while maintaining that he’s still an upright hero that doesn’t kill. The Batman is a bit hypocritical while Damian seems like he would rather see and tell it how it is.

Quite honestly it would seem that this movie would be something great, a shot in the arm that the DCEU has been needing for a while. If nothing else it would be a new direction for them to head in that might pay off in the short and long run.