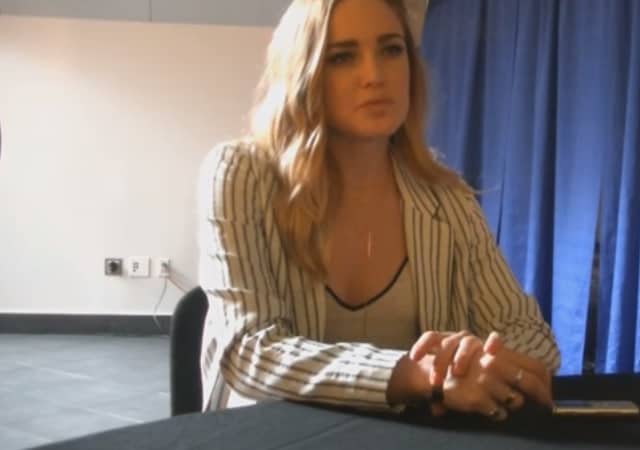 Tonight, DC’s Legends of Tomorrow finally returns after its mini-hiatus as Sara Lance, Ray Palmer and Kendra Saunders got left behind in the 1950s after Chronos attacked Rip Hunter and the rest of the team on the Waverider. Last weekend, TV Overmind was fortune enough to participate in the DC’s Legends of Tomorrow press room last weekend with other news outlets at roundtables where stars and producers from the show discussed what viewers can look forward to in the second half of the season.

Caity Lotz, who plays Sara Lance a.k.a. the White Canary, was there to talk about Sara’s arc in the second half of the season as well as tease what is coming up in tonight’s episode where we do see Sara go back to the League of Assassins. The return to the League also includes the return of Arrow’s big bad from Season 3, Ra’s al Ghul (played by Matt Nable). Here are some of the topics she discussed:

-Hawkgirl and White Canary’s relationship as they continue to help each other with their inner blood lust.

-Differences with being on Team Legends than Team Arrow.

-What other time periods she would want to visit.

Don’t miss the 9th episode titled “Left Behind” which airs tonight at 8/7c on The CW.