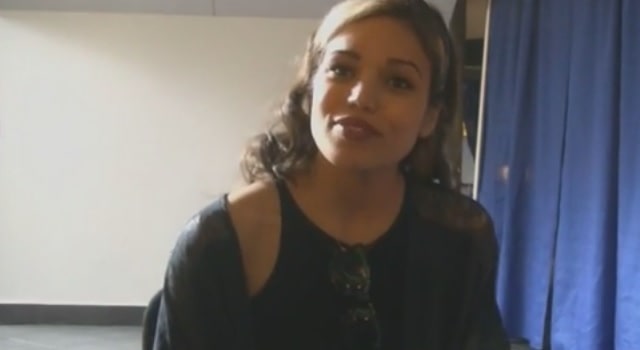 Ciara RenÃ©e, who plays Kendra Saunders a.k.a. Hawkgirl, was there to talk about Kendra’s arc in the second half of the season as she gets deeper into her relationship with Ray and more. Here are some of the topics she discussed.

-How Kendra is still thinking about Carter Hall a.k.a. Hawkman (who passed away in the beginning of the series) while being together with Ray Palmer/The Atom.

-Whether or not we will hear her sing on the show one day in future seasons.

-What upcoming interactions she will have with Vandal Savage.

-If Hawkgirl may or may not start wielding a mace which is her signature weapon in the comics.