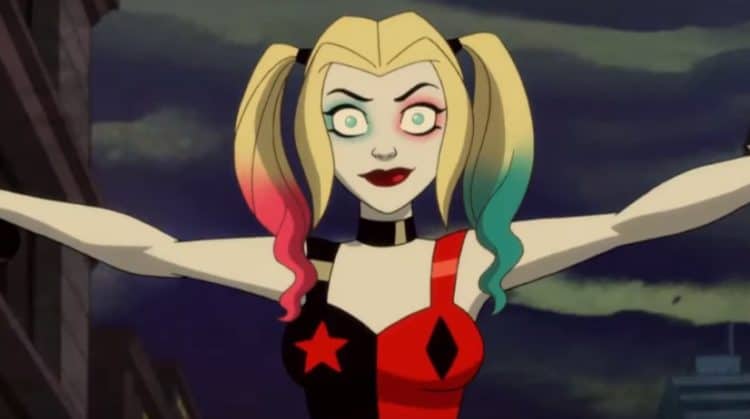 Now this is the kind of stuff that DC needs to be digging up in order to really contend with Marvel, but with live action instead of animation. It’s bound to ruffle a few feathers to be certain, but in the long run it could be a lot more profitable than a lot of people might want to admit since let’s face facts, Batman might be a kids comic to some but it’s got enough adult themes and enough crazed villains that it should be let off the chain a time or two in order to satisfy the adults that never quite grew up or those that just happen to like a fantastical story that caters to their more adult sensibilities. Admit it, you like to hear swearing and see blood and teeth fly now and again in a movie where such things are meant to be commonplace. Even if you don’t, a lot of people would be glad to stand up and admit that the new, R-rated Harley Quinn series is just what we need in order to really get our hearts thumping.

Harley Quinn is not an overly nice character despite her cheery and upbeat sense of humor, as anyone could possibly tell you…she’s nuts. This has a lot to do with the Joker, but at one point Harley did embrace her inner and outer crazy and finally became her own character, not just an add-on to a main villain that has little if any real regard for her other than using Harley as his plaything. Eventually Harley did manage to tell the Joker off a time or two and she’s been allowed to become the kind of character that we’ve all been waiting for since to be quite honest she’s a whole bundle of crazy on her own and she’s different enough from the Joker that you can bet the farm that she’s going to engage in some truly off the wall antics. In a big way the Joker is a classic villain since he’s madness personified, while Harley is madness with a heart since she’s not quite as uncaring as the Joker but she’s every bit as crazy, and in some cases she’s a little more violent since she’s able to get more physical than the clown prince. But people might still argue that she’s more of a tool of progressive thought since she’s been seen to be bisexual or even part of the LGBTQ+ crowd considering that she’s been seen as intimate with Poison Ivy.

That argument should probably go by the wayside since quite obviously Harley is still Harley no matter who the writers put her with, but it’s kind of easy to see that she’s wanting out of Joker’s shadow at this point and is ready to get going with her own personal criminal career. The feats she’s been seen capable of thus far are a bit of a stretch since even at peak condition it would seem that she’s gifted strength, speed, and the kind of power you might find more akin to Batman’s levels, but the reality is that Harley, for all her considerable skill and prowess, is still human. It’s true, at her level she’s able to take on a lot of average individuals and stomp them into the curb if she wants. But pitting her against anyone like Batman should usually end up in a loss since her power level is impressive but still not quite the same as a few other characters that could easily beat her down if they unloaded and showed no mercy. The one thing that Harley has going for her is that she’s both aggressive and deceptive when it comes to her size and her demeanor. She can be sweet as pie one moment and be smashing a person’s face in with a mallet in the next. To those that aren’t crime fighters decked out with gadgets and sporting a heavily-muscled frame she’s a nightmare, but to anyone that’s been kicking butt for so long she’s a challenge, but not an insurmountable one.

The biggest thing that Harley has going for her is that while she’s not entirely fearless she’s still bound to let the crazy out to play more often than not, something that allows her to simply barrel ahead into danger and not give one thought to her own safety. Her reflexes, her agility, and her strength are usually enough to carry her through a fight with a lot of opponents. But her one weakness has always been the Joker, and amazingly enough it looks as though she might be moving past that, kind of, since so many comics and even animated shows seem to depict her as being on her own and loving it. An unbound and unrestrained Harley seems like a dangerous idea just waiting to happen, and people are already loving it.