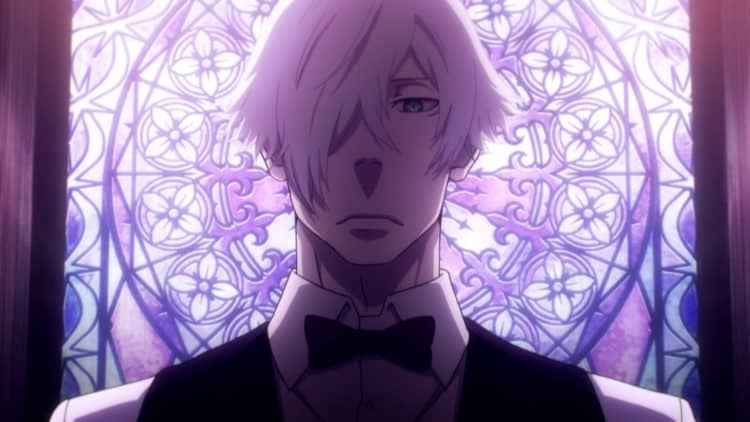 When addressing anime titles, it is important to avoid using the phrase “just another anime.” It is my opinion that there is no such thing as just another anime. While animes intersect and they often transmit common things, each one is highly unique is visible and not so visible ways. Death Parade is definitely a good example of this truth. While there are some constants in the way of darkness and mature content, the story takes on its own meaning and direction. You will have to draw from it what you perceive, and for each person, it will be something slightly different. Here are 10 things about Death Parade that will give you insight into the story.

Most of the people who watched this series admit that it had them on a very emotional rollercoaster. This is something that is a bit uncommon for light novels. But that is the beautiful thing about anime, every story has its own life and identity. There are some things that you can predict, but you usually get taken by surprise more often than not.

2. The Most Useless Gods in History

Throughout history, every culture has had their own version of God to help explain their reality and existence. The one thing that stands out about the Gods in this anime is that they really don’t do much. There is even one scene where the Gods are shooting a game of pool, all while the world that they are responsible for is falling apart.

It is not uncommon for animes to borrow from mythology and history. This is definitely the case when it comes to the name Decim. Decim’s name is actually borrowed from Roman mythology from one of the fates whose name was Decima. Decima was the measurer of the thread of life. It will be interesting to see how this plays out and connects over the series.

4. Nona is Another Name Inspired by the Three Fates of Roman Mythology

Nona’s alternative Greek Name is Clotho which is very interesting. Clotho was the fate that determines when a person was born and died and so much more. These names have depth when understood in the scope of its meaning in the light of new reality. This adds so much depth to the story.

5. The Three Fates in this Series Control the Destiny of All

There is a lot to take hold of in this series. The three fates of Greek and Roman Mythology are definitely present in this anime, just in modern form. Between the three of these personas, the destiny of each person is determined. While this seems somewhat fatalistic, the end result is that each person, through their choices, is determining their own fates.

6. Clavis is Subtly Revealed as the Key

Clavis is another character that appears to be slightly relevant but when you consider the fact that his name means Key, you begin to view him differently. The key or answer to certain dilemmas is not always clear of bold in nature. The understated presence of Clavis represents the sometimes hidden reality of the most important answers we will ever receive.

7. The 90th Floor is Representative of Height and Power

The 90th floor is Nona’s floor which explains why it is referred to as Nona-Decim. Since it is also the highest floor, it represents the position and power that Nona possess. This also stands for all of the other floors. At the end of the day. The floor that one lands on is within their control, despite the external influences.

8. Oculus Is Not as Vague and Ambiguous as He Appears

At the beginning of the series, Oculus appears to be very vague in the expression of his personality and importance to the series. However, as the series develops the identity of Oculus becomes increasingly clear. He appears to be more of an antagonist that everyone initially perceived.

9. It Gives An Entirely New Meaning to Visiting a Bar

While the only counseling and therapy many will ever get are the conversations they have with bartenders, this series provides a completely different look at how we see bars. In the series, when a person dies, they are sent to a bar where they will meet an arbiter who will determine there fate.

There is a point in the series in which Decim begins to change after meeting a specific Black-haired woman. This points to the ability that we each have to influence the lives of others, even those who appear to impossible to move. While on the surface everything appears to be already laid out, we find that there is so much more to be decided.