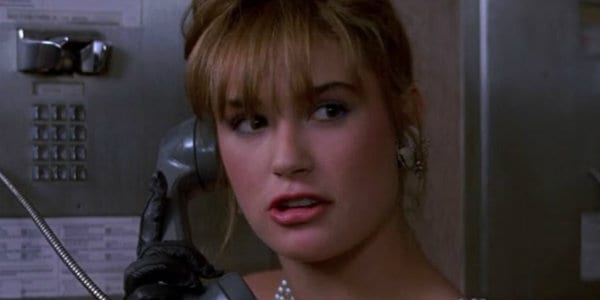 There are plenty of movies today that discuss the troubles of being an adolescent as well as a 20-something trying to make it in the world.Â Â  But if you are a little bit older you’ll know that the 80s absolutely ruled that department once upon a time.Â  Movies like The Breakfast Club, Ferris Bueller’s Day Off,Â  Pretty in Pink,Â  Sixteen Candles and basically anything by John Hughes that featured The Brat Pack were humongous hits among the 16-35 demographic.

Another movie that defined the 80s was none other than Joel Schumacher’s St Elmo’s Fire.Â Â  According to Cinemablend:

The cast of St. Elmo’s Fire (which includes icons like Rob Lowe, Andie MacDowell, Judd Nelson, and Andrew McCarthy) and Joel Schumacher recently reunited for an interview with EW, and (like all great reunions) the conversation eventually turned to some of the film’s more embarrassing moments.

Sitting on the floor with all the windows open in the cold was a cringeworthy moment for me. It’s probably better that I haven’t seen the movie recently. I am sure I would find many more.

I’m a little disappointed.Â  I would have thought something more cringe worthy would have been the cocaine scene where she calls up Judd Nelson to “rescue” her.Â Â  Eh, whatever.Â  As far as on-screen suicide attempts go in the movie world, Jules’ attempt to lock herself in her apartment and freeze herself to death is a pretty bizarre.