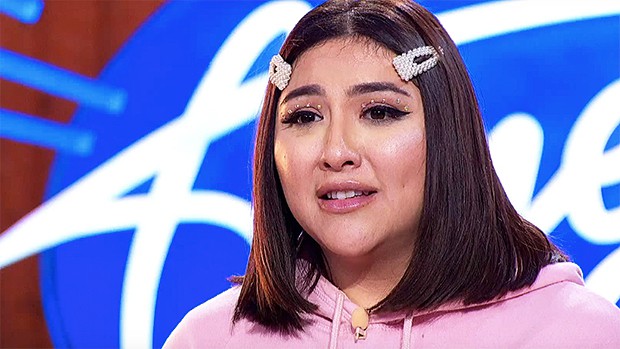 Season 18 of American Idol is off to an entertaining start. In addition to being talented, this year’s contestants are also full of interesting stories. Among them is California based singer, Demi Rae who was introduced to music by her father. Before singing, Demi shared an upsetting story about how she’s afraid to pursue a singing career because she doesn’t have the stereotypical look. Judges were stunned when Rae belted out her own rendition of “Mad at You” by Noah Cyrus. Katy Perry was especially impressed with the singer’s vocals. Demi was excited when she was invited to Hollywood week and fans of the show are already invested in her progress throughout the season. Keep reading for 10 things you didn’t know about Demi Rae.

1. She’s Always Wanted To Be On American Idol

Auditioning for American Idol has been Demi Rae’s dream since she was a kid. When she was just 9-years-old, she created a book and wrote down that her goal was to be on the show. Nearly 20 years after putting her dream down in writing, it came true when she got the chance to sing in front of the judges.

2. Her Father Was In And Out Of Jail

Demi Rae’s love for music came from her father who was a dance instructor. She would spend hours during her childhood watching him dance and listening to music. Unfortunately, her father dealt with some run ins with the law throughout the years. In more recent years, he was able to turn things around and a constant presence in his daughter’s life.

3. She’s Getting A Lot Of Love On Social Media

Appearing on a show like American Idol can be a great way to get yourself noticed. Demi Rae is currently experiencing this firsthand with the outpouring of love she’s been receiving on social media. Even after her audition, viewers from all over the place were reaching out to Demi on Instagram and Twitter to show their support for her singing and her story.

4. She Has Her Own Original Music

Demi Rae has already proven that she has what it takes to cover songs by other artists, but she’s yet to show the folks at idol just how capable she is of writing her own music. Rae her written at least two original songs, both of which she’s performed live. The first song “We’d Be Perfect” is an uptempo tune about a new relationship. Her other song “Just Friends” is about realizing that sometimes it’s better to just stay friends with someone you like.

Demi Rae may not have been actively pursuing a music career, but that doesn’t mean she wasn’t singing at all. She’s been pretty active in the music community in her local area. In 2008, she won a singing competition in San Jose where she earned a cash prize and free singing lessons.

Ariana Grande is one of the biggest pop stars of her generation. But her career isn’t just about making hits that listeners love. Grande’s voice is also respected by fans and music industry legends alike. So, it’s not much of a surprise that Demi Rae is a big fan of Grande’s music. Maybe Demi will perform one of Ariana Grande’s songs as the competition continues.

7. She Likes To Roller Skate

When Demi Rae isn’t singing, she loves to roller skate. She’s loved skating since she was a little kid and it has remained a big part of her life. It’s even something she enjoys doing with her father and her younger sister. She loves to skate at the local rink of even at home in her garage. She’s even taught herself how to moonwalk while wearing skates.

Like many other contestants, Demi Rae was living a ‘normal’ life before her American Idol journey began. According to her Facebook page, she is a teacher at a Kiddie Academy in Moreno Hill. Kiddie Academy is an early childhood education center that focuses on preparing kid for school and for life. Since Kiddie Academy primarily works with smaller children, there’s a good chance that many of her students are too young to know what American Idol is.

9. She Came Up With Her Own Hashtag

Having a strong following is a big part of being successful in the long run on American Idol. Before the show even premiered, Demi Rae was already working hard to get her name out there. When she announced that she would be auditioning for American Idol, she created the hashtag DemiRaeAllTheWay and had the phrase printed on t shirts for fans who wanted to show their support.

Although support from fans is great, Demi Rae has an extra special support system in her boyfriend, Tyler who is also a native of California. The couple seems to have been together for around three years and they’re still going strong. Tyler also shares Demi Rae’s love for roller skating.