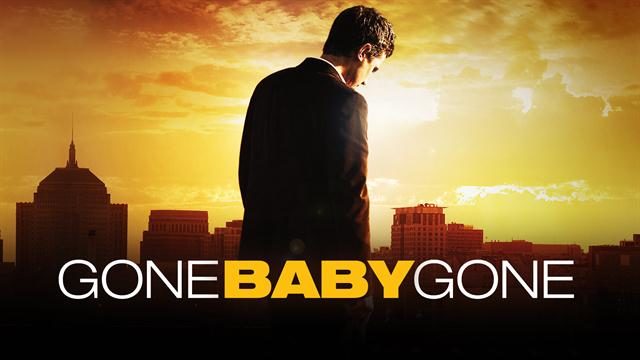 Gone Baby Gone has been granted a pilot order by Fox so as to get the series up and moving. If you’ve watched the movie then you’re likely to think that if the series is even half as messed up as the film then it might just take off or tank, there won’t be a lot of room for middle ground. In the current landscape of crime shows that air on a regular basis we’ve been subjected to some very violent and disturbing images and details that many people feel would be better left alone, but others have still clamored for. Whether it’s a love of morbid tales or a desire to see just how twisted humanity can be people love stories like this.

Making this a series does make some sort of sense, but in other ways it doesn’t. The movie ended on a rather sour note since the mother of the missing girl turned out to be a complete louse that wanted attention and didn’t take the time to kiss her daughter goodbye before going on a date after she was returned home. As messed up as it seems the girl was far better off living with the Doyle’s, who’d had her the entire time and were attempting to steer any investigation away from finding her. That’s actually scary to think that even a fictional police officer would do this, but obviously like I mentioned we’ve seen some truly disturbing things between the movies and TV throughout the years. Despite being filled with good intentions and being able to care for the girl the Doyle’s would have had a lot of explaining to do somewhere down the line be it to the public or to the girl when she grew old enough to start asking questions as to why they’d done what they did.

As for Patrick, the series would no doubt paint him to be kind of an anti-hero that went around doing what he could for people in order to see justice served, be it the type that involves the law or the street. A series based on this movie seems like it wouldn’t be able to last all that long until it came down to the writers running out of ideas, which has been a prevailing issue as of late. For as well-scripted and delivered as the movie was the series really needs to be on point and show that it’s capable of making people care about it beyond the pilot episode. What that means is that Patrick will have to become an even more developed character than he’s already been, if they are in fact going off of the movie and the novel without deviating too much.

It could be interesting to see what will happen with this in terms of how they’ll go about telling the story and if each episode would be something different or if they would have different issues per episode to keep people enticed and watching. No matter what happens they would be wise to keep the story within the same area if possible, and to make it plausible enough to prove worth watching.