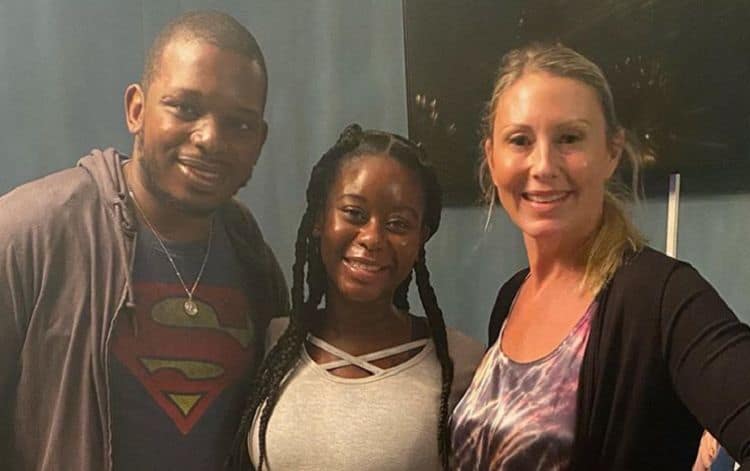 Married at First Sight is easily one of the most bizarre shows on TV. Each season, a group of people agree to marry a complete stranger after meeting them for the first time at the alter. As you can imagine, the show has had lots of unhappy endings, but Deonna McNeill’s relationship with her husband, Greg, seems to be one of the few that have managed to make it work. Deonna and Greg met during season nine of the show. At first, it was clear that Deonna was hesitant to really invest herself in the situation, but they have come along way and now they are expecting their first child together. Continue reading for 10 things you didn’t know about Deonna McNeill from Married at First Sight.

Traveling is arguably one of the best experiences a person could have. Whether it’s traveling across the world or simply going on a day trip here and there, it’s nice to get away from what you know and be exposed to new things. Deonna loves traveling and has gotten the chance to visit other countries including Peru and Bolivia.

If you watched Deonna on MAFS, you probably remember that she was very hesitant to open up to Greg in the beginning. She was definitely trying to takes things so and it eventually got to the point where some viewers questioned whether or not she genuinely liked Greg. However, it looks like all she needed was a little bit of time. During an interview with The Real Husbands of CofC, Deonna shared that she was actually the first one to say i love you.

3. She Still Keeps In Touch With Some Of Her MAFS Cast Mates

Being on a show like Married at First Sight is something that no one could ever relate to unless they’ve been through the experience. Needless to say, cast members usually tend to form a special bond over the course of the experiment. Although it’s been nearly two years since filming ended, Deonna and Greg have remained in touch with fellow season nine couple, Beth and Jamie.

Education is something that has always been important to Deonna and she has worked hard to pursue an education that has helped her reach her professional goals. She earned a bachelor’s degree in business administration from Winthrop University. She when went on to earn an MBA from the same school.

5. She Started A Clothing Company

In addition to being husband and wife, Deonna and Greg are now business partners, too. They started an apparel line called Akpesiri. According to the business’ website, Akpesiri is Greg’s middle name as well as a common Nigerian phrase meaning “good life”.

Deonna is the type of person who is always down to go on an adventure and try something new. That’s obviously a huge part of the reason why she was willing to take the risk to go on Married at First Sight. At the beginning of her relationship with Greg her adventurous nature seemed to clash with his more cautious personality, but they seem to have worked things out.

7. Her Faith Is Important To Her

Religion wasn’t something we saw Greg and Deonna discuss deeply during their time on the show, but it is something that is very important to both of them. They are both Christians and their religious beliefs have heavily influenced the way they live their lives.

Deonna may be expecting her first child, but she and Greg have already gotten some good parenting practice in thanks to their adorable little nephew. She is a very proud aunt and she loves spending as much time with her sister and nephew as she possibly can.

Married at First Sight is a guilty pleasure show for lots of people, and Deonna McNeill is included on that list. Even though her time on the series is over (unless she and Greg get their own spin-off) she still likes to watch the show. In addition to re-watching her own season on Netflix, she’s also been keeping up with the current season.

While on the show, Deonna got lots of praise for her hair. She loves trying different natural hair styles and she works hard to keep her hair looking and feeling healthy. Some of her followers on Instagram have even requested that she make a YouTube channel to share hair tips and tutorials.