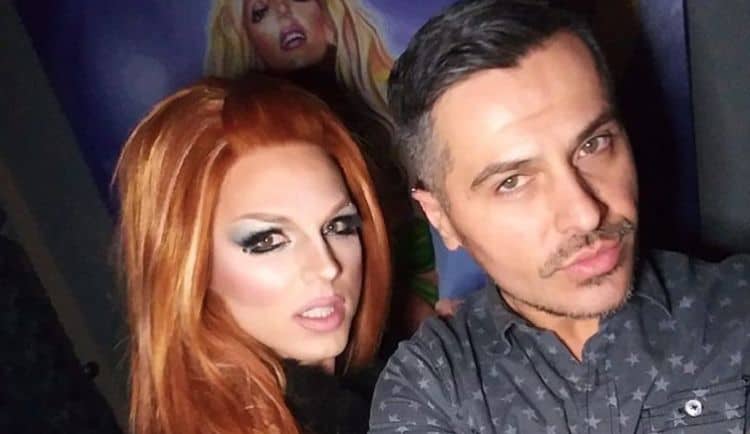 If you’re not familiar with Derrick Barry, it’s time to get familiar with this Britney Spears Impersonator. He’s famous for his role as a Britney Spears look-alike, but he’s also famous because he’s on “America’s Got Talent,” and that is not an easy place to end up. He’s someone people are desperate to get to know more about. How does he do it and make it work so well, and what does this mean for everyone else? We don’t know, but we love this guy and all he brings to the table, so we are learning as much as we can.

He was born and raised in California, which is such a great place to grow up. He’s from the Modesto region, which is gorgeous. He grew up with his family, he had friends, and he had a childhood that we believe might have been very interesting for him, and we wonder how he enjoyed that time in his life.

He’s loved her since he heard her first song when he was only 15. He’s loved her since, and he even went to see her in concert in 2002 for the first time. He’s been a big fan his entire life, and he’s never changed his feelings for her, even when she had her breakdown and things went south for her.

3. He Was Britney for Halloween

4. He’s Not For Bullying

If there is one thing that he does not stand for, it’s bullying. He is heavily involved in campaigns for anti-bullying measures. He’s highly involved in things that are important to him. Growing up as a young man who enjoyed dressing in drag is something that he loves, but it’s not always easy to grow up different, and he’s been against bullying his entire life. It’s what he’s decided works out best for him in his life.

5. He’s Got an Interesting Relationship

He is in what you call a polyamorous relationship. This means, essentially, that he is part of one that has more than one partner. His partners, as of 2017, are Nick San Pedro and Nebraska Thunderfuck. Her given name is actually Mackenzie Claude. However, she continues to perform in drag.

The real Madonna, we might add. It’s easy to assume we mean a drag version of the pop star, but we don’t. These two actually got to perform together, and it was something that he claims is a highlight of his life. We absolutely love this, too.

He’s known since a young age that he was looking for something more entertaining in his future. He was never born to work in an office and be boring. The grew up taking part in gymnastics and having the time of his life doing that, and he’s been able to do things his own way ever since. Additionally, he’s been able to perform in theater since he was a child.

We know that it is. We love who we love, and that’s just all that matters. However, he is a man who believes that love is blind and that it doesn’t always have to be with just one person. He’s happy with his throuple, and he’s not looking to end that situation anytime soon.

9. He Feels that His Throuple is More Successful

When in a relationship with one person, there is an issue and two people are on opposite sides. With a third person, that person wants everyone to be happy, so they kind of act as a mediator. It all works out so well for everyone else, and it means that they get to accomplish more than they thought.

10. He’s Not Sure People Change

We have to disagree here. We do think that people can change, but we think it is situational. You see, there is no person who is the same their entire life. We change when we grow older, when we adapt to new things, when we change our minds, and in many other situations. We all change, and we think it’s possible. Derrick Barry doesn’t believe that people cannot change, but he wonders just how quickly they can change.