When Desperate Housewives returns on January 3rd, we’re going to take glimpses into potential futures of the housewives (find out when your other favorite shows return). ABC has released four sneak peeks for the episode (no photos yet, sorry!). Check them out below, along with a synopsis of the episode. 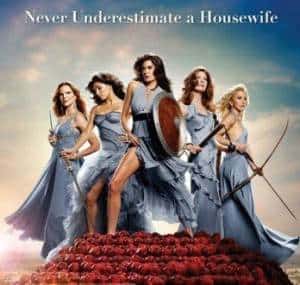 WHAT IF LIFE WERE DIFFERENT FOR THE WOMEN OF WISTERIA LANE, ON ABC’S “DESPERATE HOUSEWIVES”?

“If…” – In the aftermath of the plane crash, the residents of Wisteria Lane reflect on what their lives might have been had they made different choices, on ABC’s “Desperate Housewives,” SUNDAY, JANUARY 3 (9:00-10:01 p.m., ET). Susan contemplates a life with Karl had she not left him; Bree considers life without Orson; Lynette thinks about a future with her unborn twins; Carlos reflects on how Gaby would be as an over-protective mom; and Angie ponders the consequences should her secrets be revealed.