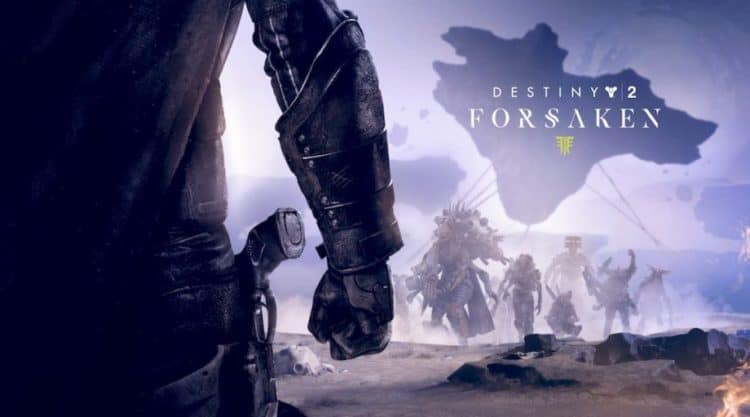 When will Destiny 2: Forsaken be vaulted? With the release of Beyond Light in November 2020, Bungie made the decision to start vaulting older content that was generally had little-to-no engagement. This decision was met with lots of backlash from the community as well as agreement that this decision was for the better. So once Beyond Light released, Bungie removed Io, Titan, Mercury, Mars, and whatever content that had anything to do with these destinations (except for some Crucible maps for some reason). Now, it looks like Bungie has plans to remove even more content in the future, including content from Destiny 2: Forsaken. This leads me to the question….why? If you’re going to remove a majority of the content, wouldn’t it just make more sense to develop a sequel rather than remove content people paid for?

The ship of Theseus has become a pretty big meme after the WandaVision finale (I won’t talk about that here, but it was pretty good). According to Wikipedia: “In the metaphysics of identity, the ship of Theseus is a thought experiment that raises the question of whether an object that has had all of its components replaced remains fundamentally the same object.” So this led me to think…if Bungie continues to remove and replace content from Destiny 2 – at some point it’s bound to be a completely different game. At what point do we continue to call the game Destiny 2? After the first vaulting of content, one could say the game is already a completely different game as most of the content that was available at launch has now been removed from the game.

Destiny 2: Forsaken was the most popular Destiny 2 expansion and it was massive; players loved it and many consider it to be even better than The Taken King from Destiny 1, but why would Bungie remove all of this massively popular content? Well, it’s all to preserve the overall health of Destiny 2 says Justin Truman, Destiny 2 General Manager, in an interview with Eurogamer:

“Forsaken content will be vaulted at some point. I think in the same way we don’t want eight raids, it’s the same thing with storylines – we don’t want when a new player enters into Destiny, there’s five different competing storylines that they could start playing and in some of them, Uldren’s a good guy, and in some of them he’s a bad guy, and it’s not clear if you’re playing them out of order. We want to curate that experience. We’re probably not going to go in strict chronological order – like, oh, the next Destiny 2 destination that came in the launch Destiny would be the next one to vault. Instead, we’re thinking about it in terms of – which one of these destinations or experiences is doing the least to the overall healthy ecosystem? And that can range from – which ones have the most exciting experiences that we want to stick around, it could be to do with combatant usage – like, hey, if we get rid of this, there just aren’t that many places where Cabal are in Destiny 2 anymore…”

I get it. I agree entirely that no one wants a game with 8 different storylines that, after you play them once, are completely and utterly useless. What I don’t agree with is the raids. Why can’t we have eight raids? I know that a major part of the Destiny experience for a lot of players is the ability to challenge themselves with these 6-player endgame activities. Players like Gladd and Chevy, Sweatcicle, Ehroar, (basically all of Redeem), are major content creators that live for the thrill of doing raid challenges. I get that raids probably take up a big chunk of space and memory, but Last Wish is the best raid in all of Destiny 2.

I think if Bungie looks at the numbers and the player engagement for older content like the Last Wish raid – sure, it’s probably low, but it’s not because people don’t enjoy playing the content, it’s because there’s no reason to play the content. At least, not yet. The only reason that I don’t play a majority of older content in Destiny 2 is because all of the content is worthless in terms of power grind and gear. Bungie has tried to tie in some of these older activities and destinations into new gear, but I think most players would agree that we don’t need an entire activity, we just need those destinations to offer a reason to go back to them consistently. Flashpoints, while not the most fun thing to do, were a great example of how to bring players back to a destination every week and give them a reward for doing so. Maybe give them an overhaul and change the requirements, but I think Flashpoints had a ton of potential.

Going back to the Ship of Theseus point, if content continues to get removed and replaced in Destiny 2…at what point do we call it Destiny 3? If we’re essentially pushing out the old and ushering in the new content, why not just make a Destiny 3? I understand why Bungie doesn’t want to – I really do – but it doesn’t really make sense not to at this point. If you’re removing so much of this content that people paid upwards of $60 to access (granted if you’ve been playing the game, it has been worth every penny for the last 3 years it’s been available), why would you stop them from being able to access this content if you can just keep it all and then begin work on a third game with a fresh start?

I used to want a Destiny 3, then my perspective changed and I absolutely didn’t want to see a Destiny 3, but now I don’t know what to think. I don’t necessarily want a Destiny 3, but don’t know if I want the game that I love dearly to continue to remove content to the point that it is essentially a completely new game. Either way, I’m excited for the future of the Destiny universe and can’t wait to see what Bungie has in store for us in the years to come. Who knows, maybe when Destiny 2: Forsaken gets vaulted, we can get Cayde-6 back?