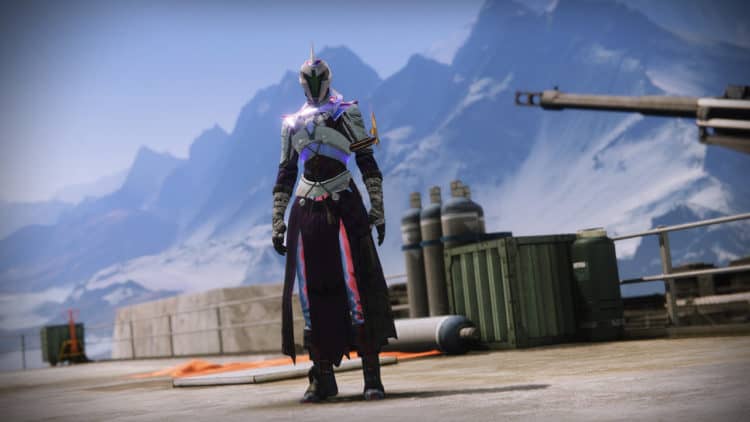 When Armor Synthesis was first revealed for Destiny 2, fans of the game were excited beyond our wildest dreams, because this was a feature that we had been waiting to arrive in the game for years. Unfortunately, when the feature was actually implemented into the game, it was a bit more convoluted and “pay to win” than people expected, which didn’t go over very well with anyone. In the latest This Week at Bungie blog post, it was revealed that the Destiny 2 transmog system (also known as “Armor Synthesis”) would be getting a bit of a rework in Season 15. With the upcoming rework to the Destiny 2 transmog system, is Armor Synthesis finally going to be a decent system? Well, probably not without a few more absolutely necessary changes.

So, how exactly is Destiny 2’s transmog system changing in Season 15? Well, according to Bungie, “Effective at the start of Season 15 we will deprecate the passively-earned world currency, Synthstrand, that was used to purchase Armor Synthesis bounties from Ada-1. In its place, these bounties will be purchasable for 10,000 Glimmer instead.” Bungie says that in making this change, they hope to reduce the time needed to earn the 10 Synthweave tokens per class each season. While this is definitely a step in the right direction, it’s clear that we need a lot more than that in order to fix the problems with Armor Synthesis in Destiny 2.

The biggest issue that most everyone I’ve seen have with this system is that the whole Armor Synthesis feature seems to be entirely pay to win. The way that transmog works in Destiny 2 right now is that you have to earn a currency (obtainable while just playing the game) called Synthstrand. Players then have to take said Synthstrand and purchase Armor Synthesis bounties from Ada-1, which will then award yet another currency called Synthweave upon completion. You can then use this currency, of which you are limited to 10 per character, per season, to unlock various ornaments in the game to customize the look and feel of your character. You can only obtain 10 of these Synthweave tokens naturally on each character within a single season of Destiny 2, however, you can choose to avoid this limitation by purchasing Synthweave tokens directly with real-world money. Yeah, so suffice to say, people were – and still aren’t – happy that you have to pay a whole bunch of money if you want to actually use this system to unlock more than a few pieces of armor every season.

Regarding Destiny 2’s transmog system, Bungie has also said that “Removing this currency also frees up a slot in the Consumables inventory bucket — a bucket that could be full for those of you carrying around a large quantity of items.” While I will say that it is nice to not have to worry about yet another pointless item taking up precious space in the game’s inventory, there’s still plenty of other items that serve little to no purpose in the game that are still clogging up players’ inventories everywhere, and it would be nice to see an expanded inventory (and while we’re at it, a much larger vault as well!), or just removing those items from the game entirely.

Bungie also says, “Finally, we hope this change reduces the complexity of the Armor Synthesis system, with only one remaining currency for each class that can be immediately turned in at Ada-1’s Loom for a Synthweave token.” This is certainly a statement that I agree with, because the Armor Synthesis system in Destiny 2 was – and still will be – entirely too complicated for what it is. There is absolutely no reason why there needs to be so many steps in order for us to customize our Guardians to our heart’s desire. The bounties don’t need to be there, the currencies don’t need to be there, we should really just have everything unlocked from the very beginning; provided, of course, that players have actually unlocked the armor ornaments they are trying to equip. If it’s in your collections, it should be unlocked from the beginning, or maybe give us objectives for various armor ornaments. It would definitely be cool to have to complete some requirements within a Raid to unlock special variants of the Raid armor.

The changes coming to Destiny 2 transmog are definitely a good thing, but there is still so much that needs to be done, and I hope that Armor Synthesis will eventually be in a really solid place.