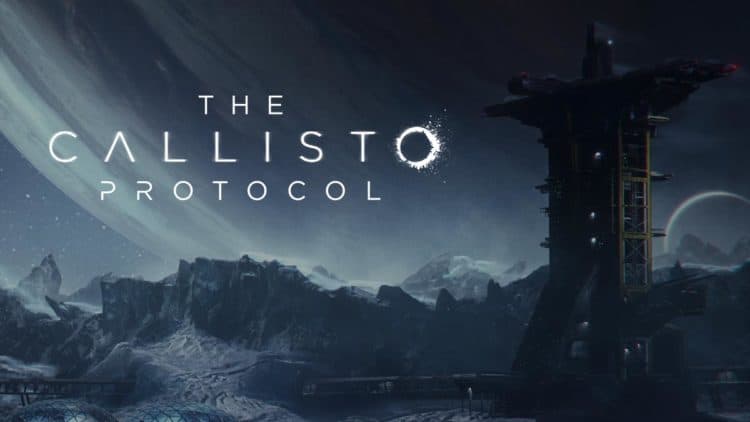 Late in 2020 was the debut trailer of a new survival-horror game called The Callisto Protocol. It caught everyone by surprise and it was a delightful one, too. The original developers of Dead Space, Visceral Games, went defunct on October 17, 2017. Players worldwide figured they’ll never see another installment of Dead Space. Well, recently the confirmation of a Dead Space Remake was true due to the dropping of a trailer. However, it is being developed by EA and Motive Studios, which is a completely different group of talent. Many of the team members from Visceral Games decided to form Striking Distance Studios and began crafting a new intellectual property. Since The Callisto Protocol is being made by the original talent that brought us the Dead Space franchise, there’s no doubt this game is on a lot of players’ radar.

There are only a few details to glean while watching the trailer, but anyone with a keen eye can clearly see that this game is a spiritual successor to the Dead Space franchise. The moment the trailer plays, the same vibe that oozed all over Isaac Clarke’s galactic adventures is apparent here. There’s no shortage of dread and there’s very much the same general design layout that Dead Space is known for. However, the universe to where The Callisto Protocol is set is vastly different from the Dead Space universe. It’s a random, almost far fetch connection, but it’s indeed part of another popular video game title nonetheless.

Since Striking Distance is a subsidiary of Krafton, the world of The Callisto Protocol is actually connected to the PUBG universe. The thing is that the story of The Callisto Protocol takes place in the year 2320, which is about 300 years into the future of PUBG. The setting is on an off-world colony called Black Iron that is stationed on Callisto, which is one of the moons of Jupiter. Due, to the low levels of radiation, it seemed suitable for the human race to settle there and colonize. There is also the theory that there’s water under the surface of this moon and the developers over at Striking Distance figured it gave a sense of “mystery to the game.” Glen Schofield, the game’s director, mentioned that there will be some connective tissue with PUBG ingrained into The Callisto Protocol, but “it won’t be really deep.”

What will most likely happen is that there will be Easter eggs scattered throughout the campaign of The Callisto Protocol that acknowledges the existence of PUBG. On the other side of the coin, it’s safe to assume that there will be “tips of the hat” toward The Callisto Protocol within future seasons of PUBG.  There won’t be any major plot points that connect the two games together, especially since there’s such a large time gap between them.

With the next-gen technology now available, there’s no telling what kind of enemy designs players will come across with this title. Based on what was shown in the trailer, it appears that the enemies will echo the same Necromorph format that Dead Space is known for. What we do know for certain, is that re-animation will play a pivotal role in how the creatures will form throughout this story. The last scene in the trailer showed how the gnarled inmate, which was gruesomely killed by a monster by its tentacles, suddenly comes back to life. This is a pretty good indicator that the evil forces that players will be battling will be within the “undead” variety. Plus, it is known that there is indeed some kind of alien invasion happening on the colony. Schofield mentioned that he is, “looking forward to really trying to make the scariest game on next-gen platforms.”

It is confirmed that this will be a third-person horror title that will resemble the same perspective of Dead Space. If anyone paid attention to the inmate at the beginning of the trailer, there was a “life bar” of sorts embedded on the back of his neck. This is obviously synonymous with Isaac Clarke’s suit in Dead Space to wear the HUD of the game was all encased through signals on his avatar. This is widely known to be a “dietetic interface.” Most likely, this is going to be the same idea with The Callisto Protocol.  How the weapon ammunition will be counted remains to be seen, but on Dead Space players can see their ammunition on the weapon itself. It gave the game a grounded and immersive sense which players everywhere embraced. Of course, it’s very possible that Striking Distance will take an entirely different route and focus more on melee combat. Right now, everything is has a lid on it.

Even though the trailer didn’t give people much to chew on, there is speculation that the cargo ship that’s seen landing at the end of its runtime might be the protagonist. Isaac Clarke was an engineer and John Carver was a soldier, so perhaps the new hero will be a combination of the two? Right now it’s anyone’s guess. However, it’s safe to assume that heavy, customizable firepower could be the main tool for combat. If not, then perhaps more hands-on combat with blunt and bladed instruments will be on the forefront this time around? It’s also worth pointing out that there was a shady-looking person looking at the monitor while the inmate was attacked by the monster. Is he the villain of the story? There’s definitely a lot of questions that still need to be answered.

Whatever the case, it’s good to know that there are many veterans within the game industry that is crafting this project. The original makers of Dead Space know how to make a good scare and looming atmosphere. Luckily, the game is well into its way in its development cycle and horror-survival fans won’t have to wait much longer. The Callisto Protocol is slated to release sometime in 2022 for the PlayStation 5, Xbox Series X, and Series S as well as the PC.