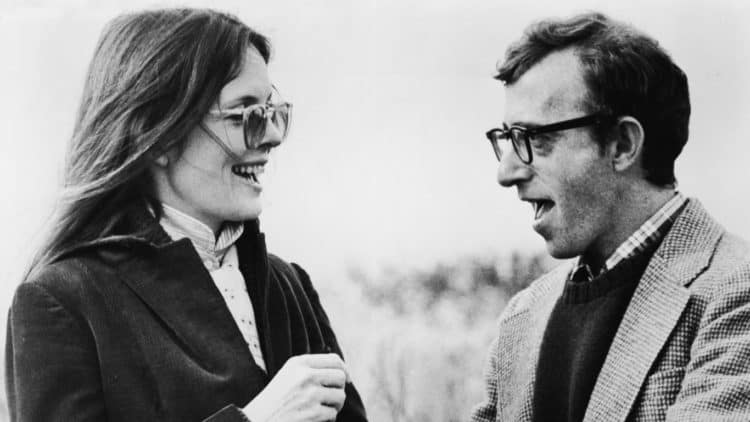 Hilarious as it is, and it is kind of when you look at the clips and how they’re arranged, Diane Keaton adding herself, via clips from her movie First Wives Club, is likely not what one would think of when trying to come up with ways to calm down a very heated and physical debate between two assassins. The way the clips are put together however that’s what appears to happen since Keaton’s clip comes in as she shouts at someone off screen and accuses them of ripping each other to shreds, which is a pretty good estimation of a John Wick movie. Of course the assassin’s get right back to it since halfway done isn’t done at all really, and sometimes the job needs to be completed before one can relax and breathe the fire out of their lungs. But the closing scene when Keaton states that the person off screen must have serious psychological problems, yeah, I’m with John Fuge of MovieWeb on this one, but I’ll just add a ‘duh’ to drive the point home. Anyone that kills people for a living is of course going to have a slew of psychological issues whether the killing bothers them or not since the act of killing another person isn’t seen as a natural act by many people given that if a person were to live from day one to their natural expiration date without fear of being killed by another person they’d still pass on at some given point, hence murder being an unnatural act. Of course there are plenty of arguments about this, what with violence being a part of every living being in some way, shape, or form, but we won’t get into that for now.

For Keaton it was a way to have a bit of fun and poke at Keanu in an amusing way since the two of them have starred together in Something’s Gotta Give decades ago, and while both of them are still looking pretty good for their age back then Keanu still looked like a kid while Keaton looked like a very mature woman that really had no business being with someone his age. Eventually during the movie she did end up with Jack Nicholson’s character and things went the way that people expected, but hey, love is love and some people find it at different ages. If it can last and is genuine then more power to the couple, if not then it might be better as a friendship as they see fit to move on. But it’s obvious that on the set the two actors did become good friends and have maintained that relationship for a while no matter how often or little they manage to get together. Trying to comment on the genuine nature of a celebrity friendship is kind of difficult since one can rarely tell when a person is truly acting or if they’re being completely sincere. With Keanu many people want to believe that he’s a good and very centered individual that expresses himself honestly and without any duplicity, so spoiling that image isn’t a worthwhile goal that a lot of people are bound to reach for. Keaton has been seen in many different lights throughout her career depending on who’s talking about her, but likely as not she’s just another person that has made the kind of life she wanted and has enjoyed it for the most part.

Just for fun, seeing Diane Keaton in a John Wick movie would be kind of funny really since there’s no other way she could be given that she is a very funny but also very talented woman. But it might actually be too funny since there have been definite quirks in the John Wick movies that have deadened the overall serious mien at times and allowed people to chuckle and even laugh at the story in various ways. But for some reason Keaton’s presence might actually make it too comical and thereby change the landscape of the movie somehow, if only because while she’s great at drama and comedy, action has never really been her forte. It’s still funny to consider though and to see as a joke now and again as it is with many moments in pop culture that get mixed just for kicks. After all this wouldn’t be the first time that John Wick has been used for a bit of comedy, and it likely won’t be the last.

To be real it’d be great to see more of these types of videos as the months roll by since we’ve still got until May 2021 to see what happens next in the John Wick saga. Perhaps a good bit of humor now and then will remind us just what we’re waiting for and let us have a little fun at the same time.