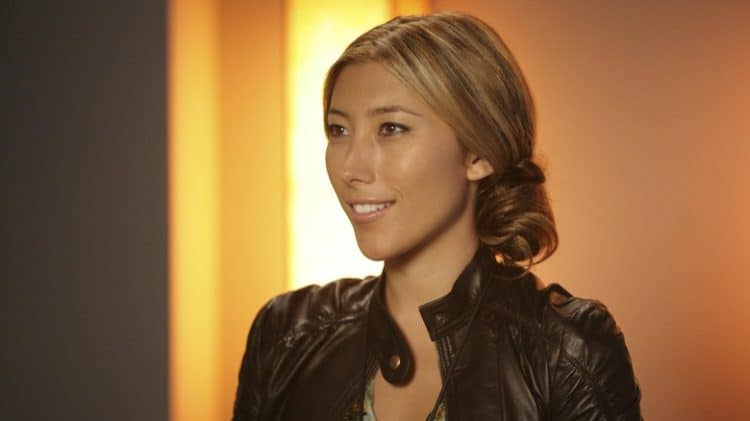 Unlike most actors who have to suffer through years of very small roles before getting their big break, Dichen Lachman came out the gate swinging. In 2005, Dichen made her first on-screen appearance and also landing a role in the popular series Neighbours. By the end of her time on the show, she had appeared in over 100 episodes. Word of her talent quickly spread and doors began to open for her. In addition to becoming popular in Australia, Dichen also became a star all over the world and she hasn’t looked back since. Now her resume can compete with almost anyone’s and she’s ready to show even more of what she can do. Keep reading to learn 10 things you didn’t know about Dichen Lachman.

Dichen was born in Nepal, however, her father is originally from Australia. Dichen’s mother was born in India, but she is Tibetan. When Dichen was about 8-years-old, she and her family relocated to Australia. From an early age, Dichen learned to be very proud of who she is and all of the different cultures that are a part of her history.

There are some people who naturally thrive in a classroom environment, but Dichen has never been one of them. When she was younger, her father used to help her with school work, but she always had a difficult time retaining information. Still, however, she never let that stand in her way.

Throughout her career, Dichen has shown the world that she is a woman of many talents. While it’s true that acting is what she is best-known for, Dichen has also taken her skills to the other side of the camera. She made her debut as a producer in 2014 and in 2015 she produced a handful of episodes of Hollywood Hitmen.

4. She Likes To Paint

The work Dichen has done in the entertainment industry isn’t the only way she likes to express her creative side. Dichen is also a fan of the visual arts and she enjoys painting in her free time. In fact, at one point in time, she even envisioned herself becoming a painter. Unfortunately, we weren’t able to find any photos of her work.

At one point in time, there were talks that Dichen would be starring in a Star Wars TV show. Although the project never came to fruition, it would’ve been a huge moment for Dichen as both an actress and a fan. According to Wheedon Esque, Dichen said, “I am a huge George Lucas fan; I love those movies and that would be a dream come true – I’d love to do it, it would be incredible. Maybe I could be Queen of the Ewoks.”

There are lots of celebrities who enjoy letting the world in on their personal lives, but Dichen has never been one of them. In fact, she has kept most of her personal life, including her relationship, out of the public eye. Dichen has been married to Australian actor Maximilian Osinski since 2018. The couple has one child together.

Dichen’s live-action roles are what has defined her career, but that isn’t the only thing she can do. Over the years, she’s tried her hand at voice acting as well. At the moment, she has two voice acting credits, and there’s a good chance she will add to the list in the future.

Fashion has played an important role in the entertainment industry for decades. Although Dichen often gets the chance to work with stylists, that doesn’t mean that she doesn’t have a good idea of what looks good. Dichen has a great sense of style and she has the confidence and swag to pull off just about any outfit.

9. She Was In An Episode Of Hawaii Five-0

Aside from the projects Dichen is well-known for, she has also gotten the chance to be a part of several popular productions over the years. In 2010, she made a guest appearance in the TV series Hawaii Five-0. Some of the other popular shows she’s been in include CSI: Crime Scene Investigation and NCIS: Los Angeles.

10. She Wishes She Was Musically Talented