Home
Movies
Did ‘Captain Marvel’ Set Up Ironheart for the MCU? 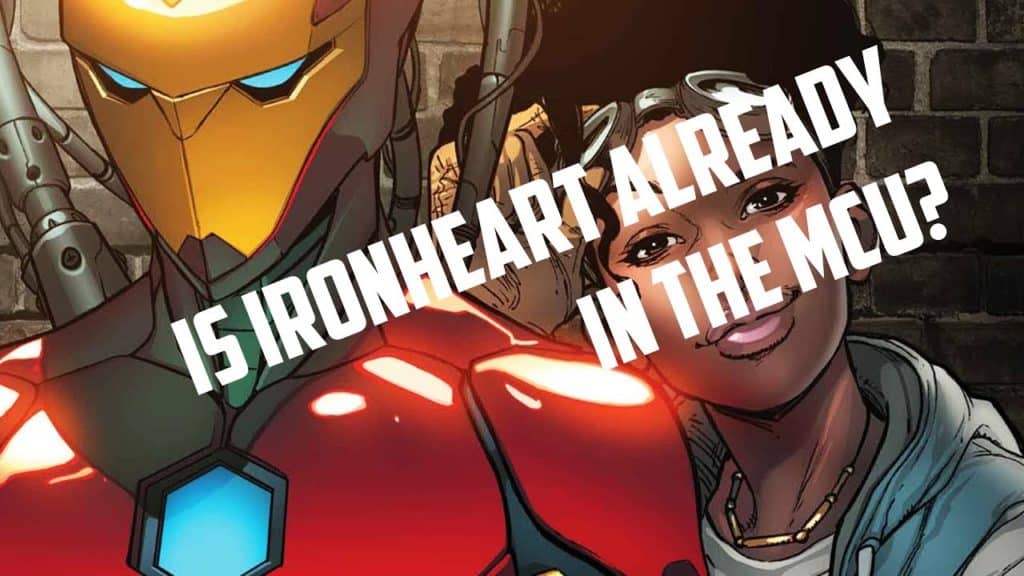 But with every crazy thing going on in and around Captain Marvel, one thing in particular stuck out to me as being genuinely Earth-shattering for the future of the MCU: one niggling little detail that got me thinking about the insane possibilities for Phase 4 and beyond.Â  It wasn’t the addition (and narrative deconstruction) of the Skrulls, one of the oldest and most storied aliens in the Marvel comic canon.Â  It wasn’t the expansion of what we’ve seen from the Kree, up to and including the Supreme Intelligence which governs their race.Â  It wasn’t the crazy-ass cat that Fury was fawning over every chance that he got (which was all sorts of wonderful).Â  And no, it wasn’t even the continued meddling of the Infinity Stones in the course of Human events (although, again, it was a great detail that I loved every last thing about). 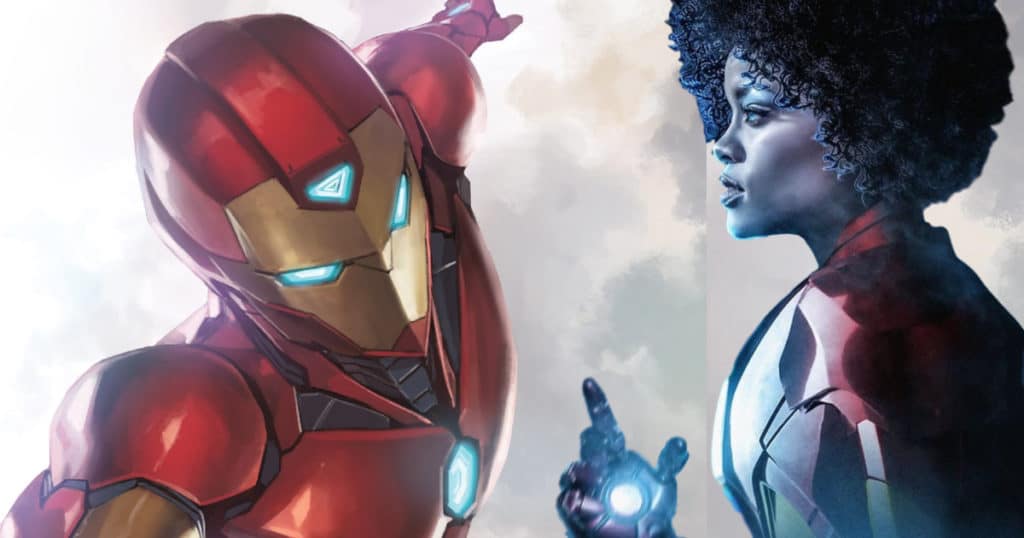 No, what stuck with me was Monica Rambeau, admirably well-played by the pint-sized Akira Akbar.Â  And no, that wasn’t Carol’s pilot buddy that she had to track down in Louisiana.Â  That was Maria.Â  This is Monica, her daughter.

That’s right.Â  I am super jazzed about this eleven-year-old girl who seemingly exists to fill the roll of throwaway little girl character that sits around, looks cute and makes friends with the refugee alien children at the end of the movie.Â  By all accounts, she’s a bog-standard little kid sidekick who mostly is just there for window dressing and stakes-raising. 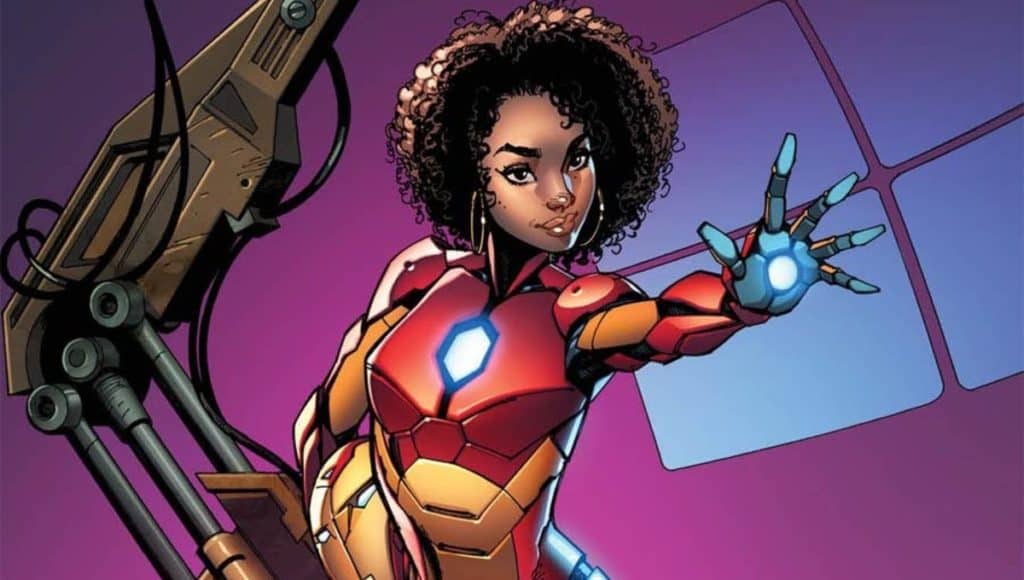 So what is it about her that’s so special?Â  Why did I gravitate toward her more than her badass mother, either alien species whose war she got caught in the crosshairs of or any other easter-eggy detail from the movie?

You see, I think that she’s destined for greatness in the MCU.Â  I think that Marvel was slyly setting her up for a bigger roll when the story (and everybody in it) ages forward from 1995 (in which the movie is set).Â  I think that Monica is the Marvel Cinematic Universe’s rendition of Riri Williams. 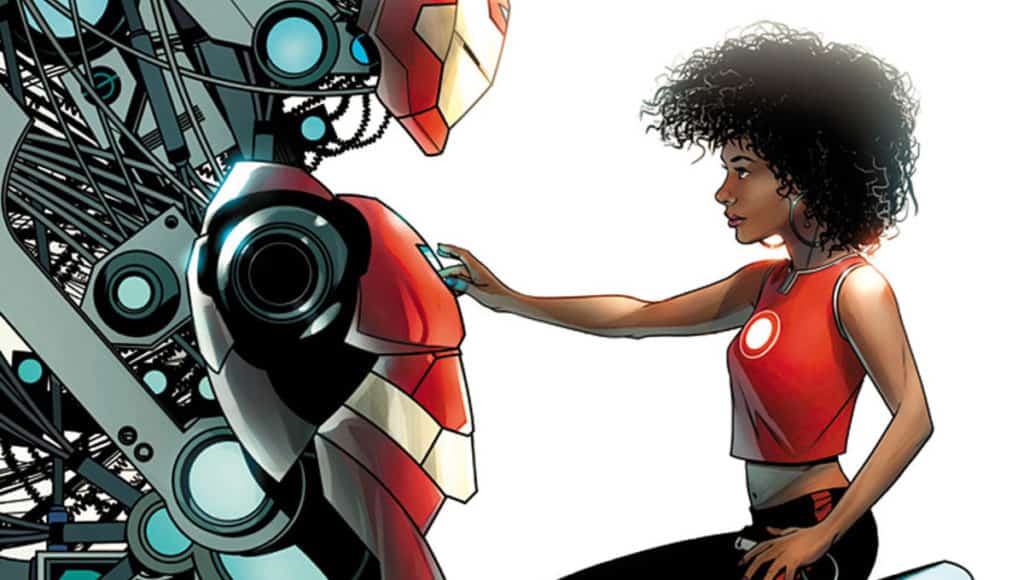 Of who?Â  Well, I can’t blame you if you don’t know about Riri.Â  Nobody really knows about her except for diehard comic fans, and even those people are deeply divided on whether or not she necessarily works as a character.Â  I love her, though, and I’d love to see her on the big screen post-haste.Â  And maybe, just maybe, Marvel Studios is ready to commit to her.

You see, Marvel has long-since held the notion that the printing arm of its superhero empire isn’t an end in and of itself.Â  Print comics simply don’t make enough money (read: any money) to justify their own existence economically.Â  The thing is, though, that they don’t lose very much money either.Â  They keep older fans engaged and sometimes draw in newer ones from the movies (not often, but it does happen).Â  But where it really shines, though, is acting as a test-kitchen for characters and storylines for future Marvel movies. 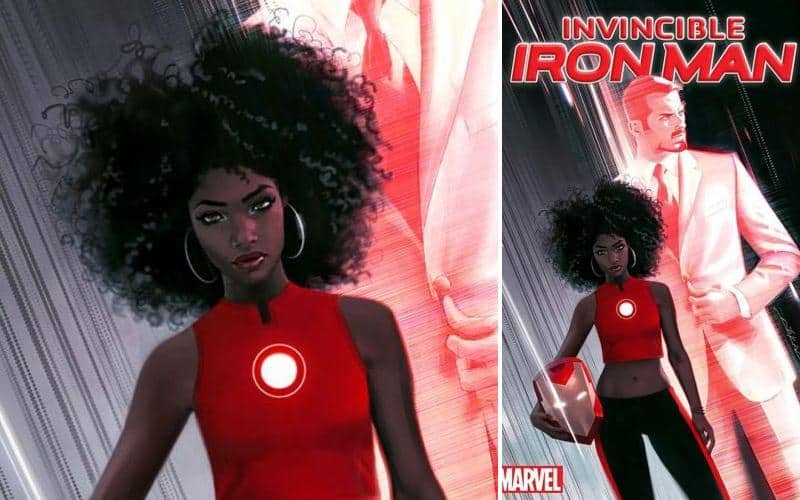 You see, you can take a fun character concept like Riri (or Miles Morales, or Kamalah Kahn) and workshop them in the comics pretty easy.Â  You can test out what works and what doesn’t, learn what people like about them and what they simply cannot stand.Â  You can polish them smooth as you like, backlog dozens of stories involving them (either in whole or in part) and then, when they’re ready, release them onto the silver screen knowing that you’ve now got a winning superhero on your hands.Â  And because this part of the business basically makes back what it costs to keep running, there’s not much of a downside in actually seeing this model through to completion.

Riri, in the comics, is the superhero Ironheart.Â  She’s a kid-genius that managed to reverse-engineer Tony Stark’s iconic red techno-armor and build it back up from scratch.Â  She’s a fun, funny and impossibly likeable character with sass and brains to match.Â  I guess people didn’t like how all-around competent she was in the comics (in as much as they accused her of being a Mary Sue), and after years of real-time workshopping with a legion of loyal fanboys spitting back criticisms to them, it looks like Marvel finally figured out what they wanted to do with the character. 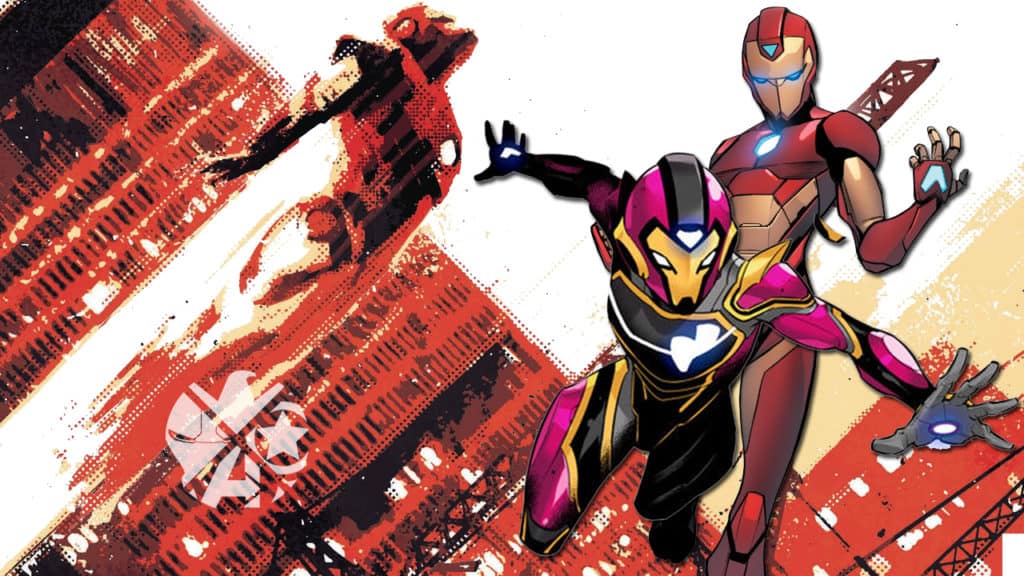 Here’s the thing, near the end of the movie, Monica made several comments about being super tech-savvy andÂ  about how she’s going to make a space-ship to meet Carol halfway in space when she gets older.Â  They hit this point a few times in the scene (while she played with a pint-sized Skrull) and it couldn’t be missed just how much they were selling her childish fantasy of superhero engineer.Â  At age 11, she skewed a bit young for Riri (despite being the spitting image of her), but by the events of Endgame, she’d be pulling a respectable 35, which seems to be a concession that people didn’t like seeing a girl that young be quite that smart.

Age aside, though, everything else about her fits.Â  Her (toned-down) passion for science and superheroics, her spot-on Riri-branded looks and her connection to the marvelous world of Marvel superheroes.Â  Don’t be surprised, then, if we see an older version of her helping out the actual Avengers come late-April, or a team-up appearance (or even solo movie) in Phase 4 and beyond.Â  Because, like it or not, Marvel is looking forward to a future where they don’t have Robert Downey Jr. or Chris Evans or Chris Hemsworth on contract, and that future looks a Hell of a lot like Riri… I mean, like Monica.