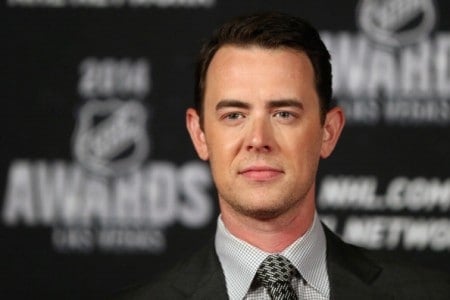 We know him and love him as the son of iconic actor Tom Hanks, but Colin Hanks is so much more than just his father’s doppleganger. He’s an actor, he’s a father and he is a husband. He’s also very talented and his role in Life in Pieces never fails to entertain. However, despite the fact that he’s been around and in the spotlight since he was born, we don’t know much about Colin Hanks. Most of the focus in the Hanks family is on father Tom, but Colin is proving that he’s his own person with his own ability to succeed, and his father is proud. So, what do we not know about Colin Hanks that we should know?

He lost his mother at 24

People tend to forget that Colin’s father, Tom Hanks, and Rita Wilson were not always married. Rita is actually Tom’s second wife. He and his first wife divorced many years ago, ago and that’s when he married her. Colin’s biological mother, Samantha Lewes, actually died from cancer in 2002.

Did you know that Colin Hanks and Katherine Heigl shared romantic feelings? Well, their characters on the long-ago hit show Roswell did, anyway. She was an alien, he a normal boy and romantic feelings eventually developed.

Colin Hanks loves baseball, and he considers himself one of the San Francisco Giants’ biggest fans. He was there when they won the World Series in 2010, and he’s there as often as he can.

He went to college, but didn’t graduate

Colin Hanks did go to college. He began his college career at Chapman University, but ended up transferring to Loyola Marymount University. He ultimately left to pursue his acting career without earning his degree. We’d say he’s all right, though.

And hopefully a gun; kidding, of course. He and his wife married in 2010 and had their first daughter in 2011 followed by a second daughter in 2013. His wife is a former publicist and they got engaged in 2009.

Be sure to check out Life in Pieces Thursdays at 8:30 pm on CBS