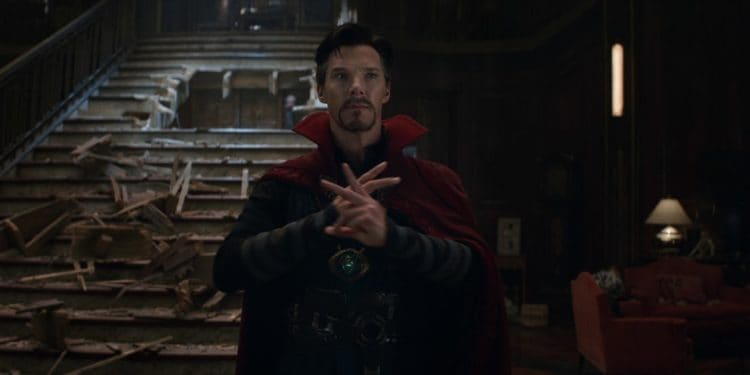 Heroes being deceptive and duplicitous is not a new thing, in fact, it’s something that’s been happening for a while and has usually been justified in one way or another as an ‘ends justify the means’ type of thing. But this theory that Doctor Strange allowed Tony Stark to sacrifice himself in Endgame kind of makes a bit of sense, even if it’s kind of brutal given the nature of the supposed deception. When one has the Time Stone and the knowledge of how to use it to look through many different possible outcomes it’s kind of naive to think that there would be only one scenario in which the Avengers would end up winning against Thanos. But this is where one really needs to fine-tune the word ‘win’ since surviving the mad titan could be counted as a win, but beating him and allowing Iron Man to live ends up causing its own set of complications as an outcome, which is where this theory comes in. Doctor Strange likely saw many upon many ways that the mad titan could be beaten, but most of them likely involved Tony being alive at the end, and this isn’t as optimal as it sounds, no matter the amount of heartbreak that came from his demise.

One thing that has to be remembered and understood about Tony is that after the first Avengers movie he was more than a little obsessed when it came to protecting the earth from extraterrestrial threats since his own bout of PTSD messed up his thinking to the point that he was utterly paranoid part of the time and convinced that he would need to cover the world in armor, so to speak, in order to keep the planet safe. Plus, think of the villains that have been unleashed thanks to his tech and because of who he is, meaning his attitude and way of dealing with people. Iron Monger, Anton Vanko, Ultron, Mysterio, Vulture, all of them have a reason to hate Tony Stark, and they’ve all managed to their own fair share of damage. But during their creation and rampage, Tony was doing what he felt was right by creating new and more powerful tech to help protect the world. He had an army of Iron Man suits for crying out loud, meaning that he could have done quite a bit of damage had his heroism eventually turned to the type of villainy that could have possibly happened. There’s no nice way to say that Tony had to die since a lot of people would argue that no, he didn’t, that he might have gone back to his cabin with Pepper and their daughter to live out the rest of their days.

The only thing is that a lot of people know better. He could no more stand aside and let the earth become a shooting range for other alien species than he could simply quit and not find a way to travel through time to retrieve the Infinity Stones in Endgame. Tony couldn’t sit still, that was one of his biggest personality traits, and it could be just as negative as it was positive since it set him to tinkering with things that he shouldn’t have been bothering with and coming up with ideas that might have been well-intentioned but were bound to be huge mistakes that would impact many others. His creation of Ultron was one of his biggest mistakes and it ended costing the nation of Sokovia untold damages that a lot of people never forgave him for. Tony’s demise wasn’t desired by a lot of people since he was the backbone of the MCU, but it could be possible that Doctor Strange allowed him to die for the greater good of humanity since quite a few of Tony’s ideas felt like great leaps forward at first, but quickly became horrifying mistakes that cost way too much when weighed against their desired benefits. While a lot of his tech did help people and did revolutionize the lives of many people, it was still likely that Doctor Strange might have felt the need to take Tony off the board since he saw something even worse coming, a day when Tony would become the villain and not the hero. It feels awkward to say such a thing, but after all that Tony has done in the MCU it does feel that he makes a few poor decisions at times that end up having ramifications that were best avoided.

This type of controversy isn’t unheard of in the comics, but on this level, it does feel that it might be kind of a brutal way to go about things since while Tony died a hero, it would also mean that he died because he was told that it was the only way.