Home
Entertainment
Did you Know that Ellis From Die Hard Directed PCU? 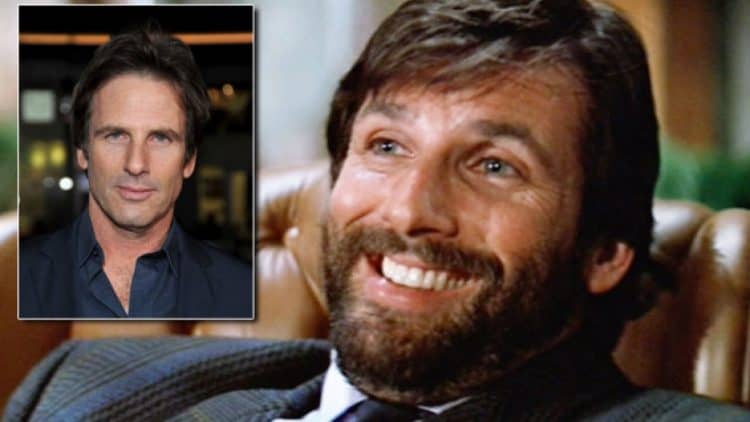 Anyone remember Hart Bochner? You might not recall his name but if you think really hard about Ellis from Die Hard you might finally get it since he was the weasel that tried to deal with Hans Gruber and got himself killed as a result. Yep, that same slick, fast-talking office clown is the guy that’s been around since the 70s and also directed the movie PCU. Now if you say you don’t know anything about PCU then you might be needing to take a step back and sit down with a few older films and review for a while since you’re out of touch with some of the most amusing movies out there it would seem. Hart was the director of PCU and High School High, which weren’t instant blockbusters but were definitely the kind of movies that were funny for their time and were set to become cult classics that people would remember and laugh at even now.

Why though? Oh that’s simple, PCU was one of the movies that invited us to PC culture and all it’s less than wonderful foibles. At Hart’s direction the movie went full head when it came to spoofing the college system and a great number of societal groups that are seen to want the type of PC culture that’s been such a headache for well over a couple of decades now. It’s kind of funny that the 90s were the staging ground for this kind of thing since the whole idea of the 90s was to be as edgy and un-PC as possible at times. Of course people have been fighting the whole need to be as polite and cultured for many a year now while still holding onto various morals and values that are important thanks to our constant need to keep society moving forward and in a positive direction. But PCU definitely shredded a lot of preconceived ideas that people had about PC culture and it did so in a hilarious manner that was less than apologetic since it was the kind of movie that left you rolling on the floor not just because a joke was funny, but because it carried a great deal of truth that a lot of people didn’t want to own up to when it came to their own affiliation.

This is the kind of thing that debates, movements, and protests are started over at times since the idea that someone could and would make a movie that is so blatantly insensitive and yet hits the mark on so many levels is something that those who love PC culture can’t stand. Let’s back up a moment and remind you that PC culture is used when describing language, policies, and/or measures that are meant to avoid offending those affiliated with certain groups in society. It’s actually been in effect since the late 80s but it’s inclusion in the 90s obviously provoked a silent back and forth battle in entertainment that no one ever really won. What it’s basically all about is the avoidance of any language or behavior that might offend anyone of any particular group defined by their sex or race, meaning that if it offends someone, don’t do it or say it. The sad part about this is that PC culture has been taken to such an insane degree by some folks that at this point you could cough or sneeze and someone might think you’re offending them.

Hart managed to make a movie that takes that into account and then stomps on it like someone putting out a cigarette on a wet, filthy floor that reeks of cheap booze and possibly vomit, and to be honest a lot of us applaud him for it. Why? PC culture might be all well and good if the world was made of rainbows and sunshine and everyone was willing to be happy and friendly all the time, but that’s not the world we live in. What he did with PCU was a walking gag reel and it made a lot more sense than a lot of the more dramatic college films that have come along. In fact you could say that he kept more in line with Animal House, the holy grail of college movies, than With Honors or any other film that’s come along that has to do with the idea of what a university is supposed to be about. Sure the movie was supposed to be a gag, a fun-filled little project that doesn’t have a lot box office value but is still a classic. But all in all, it’s one of the better college movies out there, and to think that Ellis from Die Hard was responsible for it is kind of funny in and of itself. Who knew he’d go from soon to be dead weasel to kickass director?