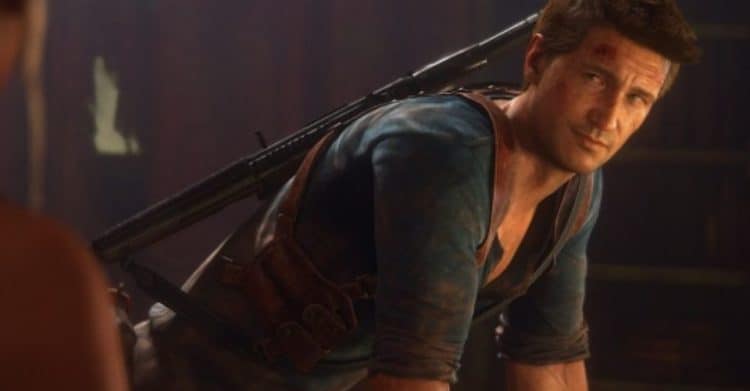 Nathan Drake is the Uncharted protagonist. He is a treasure hunter, which makes it very easy to have him show up in a wide range of locations for a wide range of reasons. However, Drake wouldn’t be as popular as he has turned out to be if it wasn’t for his personality, which can be described as good-natured combined with a dry sense of humor.

Perhaps unsurprisingly, there are a number of real life individuals who have inspired the creation of the character. A couple of them make sense considering the context. Another, well, suffice to say that another wouldn’t make most people’s top list of guesses. For those who are curious, the latter would be Johnny Knoxville, who is best-known for being the star of Jackass. After all, he was in three seasons of the show as well as three movies, which were very popular from the early 2000s to the early 2010s. As such, Knoxville would have been much more relevant when Drake was introduced in 2007 than in the present time. Having said that, while there are still clear elements of said individual in said character such as how the latter moves about, it is interesting to note that the influence of said individual has been toned back by a considerable extent. For example, Drake was supposed to have been even more humorous. Similarly, Drake was supposed to have an even more expressive face. In the end, there was a change of plan, not least because of the next individual to be mentioned here.

In short, the first Uncharted game was the first Naughty Dog game to be made using motion capture. Thanks to this, it was important that the character matched the person who played the character. Said individual turned out to be Nolan North, who had his breakthrough on an ABC soap opera called Port Charles before making a very successful transition to becoming a voice actor. This can be seen in how he has been in everything from Assassin’s Creed and Call of Duty to Transformers: Prime and Young Justice. Regardless, the important part is that Naughty Dog considered North to be the natural choice to play Drake as soon as he walked in, which in turn, meant that tweaks were made to the character for the purpose of matching the individual playing him. On top of this, it is worth mentioning that North had further influence on how Drake turned out, with an excellent example being how he ad-libbed much of the character’s dialogue.

Besides this, it should also come as no surprise to learn that Drake was influenced by Harrison Ford to some extent. After all, while Ford has had a wide range of roles in a wide range of projects, one of his most famous roles remains that of Indiana Jones in the franchise of the same name. Technically, said character is an archaeologist. In practice, well, suffice to say that there are very good reasons for why the line between an archaeologist and a treasure hunter can be very blurry in fiction. Having said that, it should be mentioned that Drake also took inspiration from Bruce Willis, particularly the Bruce Willis who starred in the Die Hard series. In part, he incorporated the latter’s charm. However, he also was meant to evoke something of Willis’s everyman image from those movies.

What Other Figures Have Contributed to This Character?

Naturally, Drake was also influenced by other figures. For example, both Doc Savage and Tintin have been cited, which makes sense because those two are titans of the genres from which the Uncharted series descends. For those who are unfamiliar, Doc Savage was a forerunner of modern superheroes who rose to prominence in the 1930s and 1940s. He was an excellent example of the competent man stock character, who possesses a wide range of skills in a wide range of fields. As such, Doc Savage wasn’t just a doctor but also a detective, an adventurer, and an adventurer, meaning that it shouldn’t be too hard to see how he inspired superheroes who are supposed to be human but possess capabilities that far exceed those of any normal human. Regardless, it should come as no surprise to learn that the character was also very focused on foiling wicked schemes carried out by villainous individuals, thus making the connection even clearer.

Meanwhile, Tintin is the protagonist of a Belgian comic series called The Adventures of Tintin. Career-wise, he is a journalist. Experience-wise, well, suffice to say that he more than lives up to the name of his series. Tintin possesses a number of heroic characteristics such as honesty, kindness, and intelligence. However, he is distinct from Doc Savage in that he has a more neutral sort of personality, thus making it that much easier for the intended audience to see things from his particular perspective. Something that tends to be very useful for not just comics but also other forms of media.

On a final note, it seems safe to say that Drake was also inspired by the forerunners of archaeology, if only in an indirect sense. In short, archaeology is one of those fields in which the current practitioners have a less than stellar impression of a lot of their forerunners. This is because said individuals were often more treasure hunters than scientists who sought out fame and riches at least as much as furthering our understanding of the past.

To name a well-known example, consider the case of Heinrich Schliemann, who is remembered for excavating what is now considered to be the site of Troy. Due to this, Schliemann’s work lent a great deal of weight to the idea that the Epic Cycle was at least somewhat inspired by real events. Unfortunately, he had major flaws, with the result that the layer that he considered to be the Troy of the Iliad was too old by multiple centuries. Even worse, Schliemann’s way of getting to it was extremely destructive, thus causing considerable damage to the layers that are likeliest to have been the Troy of the Iliad.

Regardless, Schliemann wasn’t alone. Moreover, while those forerunners of archaeology had serious issues from a modern perspective, they were very good at grabbing the attention of the general population. Thanks to that, said individuals have inspired more than one fictional character over the decades, which in turn, have influenced the creation of Drake.