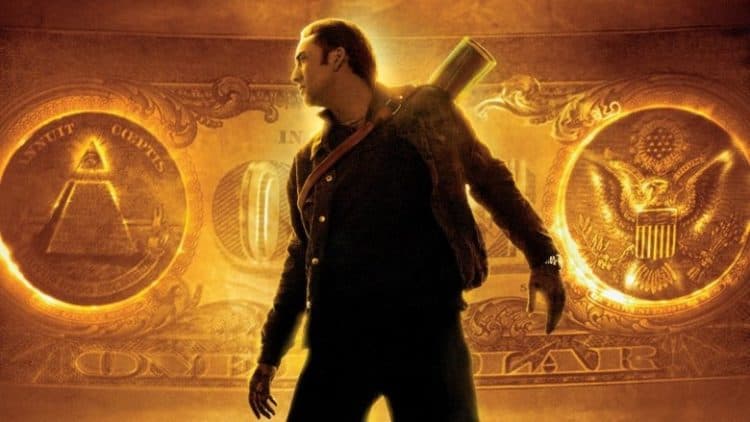 They will, they won’t, they will, they won’t, maybe they will, but we’re not entirely sure because no one is saying yea or nay to the project but will gladly say that they want it to move forward. Is anyone else tired after the dancing that’s been done to explain away the status of National Treasure 3? And is anyone else wondering just what the story will revolve around this time since the first two movies set the bar pretty high in terms of what Benjamin Gates and Riley Poole had to go through in order to achieve their goals? Think of it, they had to steal the Declaration of Independence, they had to evade a group of thugs bent on stealing the same document, they found a forgotten treasure vault that by any measure should have been discovered by some point, and could have cancelled out the national debt a dozen times over. Then they went on to find the fabled city of gold that had been hidden away by Borglum’s Mountain, known more commonly as Mt. Rushmore, while attempting to save the good name of the Gates family at the same time and prove that they weren’t in league with the people that had assassinated President Lincoln, but it’s fair to say that a lot of people would focus more on the city of gold than the assassination at some point. But now it sounds as though they’re trying to bring the long-awaited third movie back into the fold, and it’s still a wonder as to why and what it could possibly be about. Kevin Burwick of MovieWeb has more to say on the matter.

Granted, there’s enough history in the US that connects to origins from around the world that might make it feasible to bring up something else that could be seen as groundbreaking and possibly very interesting, but at the same time one has to think that it’s been a while since we’ve seen Nic Cage in this role and it might be that things will have changed greatly with the script and possibly the characters over the years. Would the original cast even want to come back? Would they be able to produce another movie that people would be excited about? These are questions that need to be considered, but right now hearing that Disney wants ‘original’ content on Disney+ so that people won’t continue to leave the network it’s kind of funny to hear that they’re thinking about digging up another idea that’s spent so much time on the back burner. For a while it was deemed that National Treasure would languish in development hell for a while, possibly indefinitely since it didn’t appear to be a big concern of the Mouse House at the time. But with their streaming network needing material and the corporation looking about for new ideas and movies to make, it would sound as though National Treasure is an idea that they’d like to at least look at and consider once again since the first two movies were fairly entertaining. But seriously, something has to be done about the formula this time around since the whole bad guy using Benjamin Gates for his own ends has been done, twice, and it’s time to move on to a story line that doesn’t involve Gates being used as a pawn to find something that he might not have gone looking for in the first place. Of course given his love of history and exploring it’s possible that he might have sought such things out eventually, but under different circumstances. Torsten Ingvaldsen of HypeBeast has his own opinion on the movie might be developed.

One positive thing about National Treasure is that it’s been likely to get people researching about the United States and its history. Unfortunately they’re likely to find that it’s a little more dry and boring than the movie makes out since like it or not there’s not bound to be a treasure trove beneath a row of tombs that has gone undiscovered for this long, and even if there was the government likely wouldn’t let it slip if they could avoid it. Then there’s the idea that a national monument was constructed to hide a fabled city of gold. The story of course is that it was created as a tourist attraction, which you can believe or not since it’s likely that enough people have gone searching around the Black Hills following the release of the second movie just to say they’ve been in the same area. But like it or not, the history of America is still kind of boring in a way unless you happen to enjoy history on a different level, but the likelihood of finding artifacts from the past, and a possible treasure, is highly unlikely.

Right now it sounds as though the movie will eventually be made but the details are sparse and there’s no way to tell just when it would start production or be released.