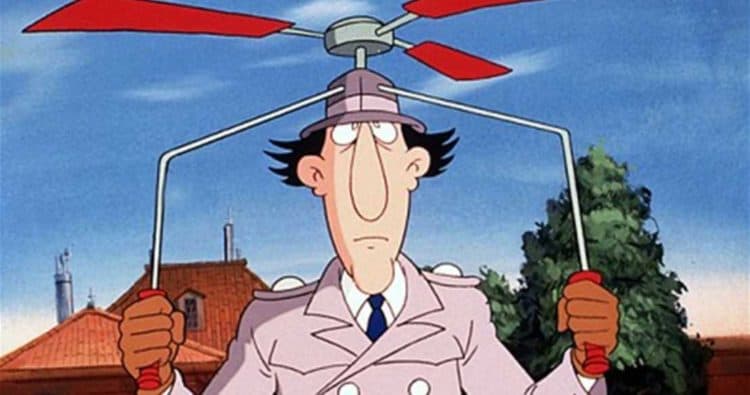 Some ideas just don’t die off even when they really, REALLY need to. Jeremy Dick from MovieWeb has made it clear that Inspector Gadget has a big enough cult following that it might be possible for Disney to bring back the goofy cyborg inspector for another go at a live-action movie that will, they hope, continue to pull in the fans much as the original cartoon and the first live-action movie did. In the case of box office numbers the first live movie did very well, but if you’ve been paying attention it hasn’t really been remembered all that fondly throughout the years, save by the most diehard fans. This can be said of many movies and shows that a large number of people happen to think are great even if the critics don’t. Box office numbers don’t mean much other than people were curious to go see a movie and didn’t bother to warn anyone away from the theater. At the time the Inspector Gadget movie was considered to be worth going to see since the nostalgic feel that many people still had when they thought about the old 80s cartoon.

Disney though seems primed and ready to go full speed ahead with another Inspector Gadget movie as they continue to explore the depth of their properties and continue to push forth an agenda that seems to include unloading as much as they can in a short time to make the best use of what they’ve bought and what they’ve already had in development. Dave McNary of Variety has chimed in on this as well and seems to be pushing the idea that this will be something that people want to see. It could be that this is the case and that Disney will have something else, another feather to put in its cap, and so far it’s raising more than one eyebrow as people have found that it might be an interesting idea. From a personal standpoint it’s enough to sigh and roll my eyes while wondering just when anyone will come up with an original idea since no matter how many arguments are made, the formulas for those ideas that have come before are still being heavily relied upon since they’ve made money in the past. This is great and all and it’s very true that the tried and true formulas have made money, but the fact that people think that bringing back the golden oldies is innovative and challenging is kind of hard to understand.

People tend to want something new, something they haven’t seen, not just something they haven’t seen in a long time. The downside of this however is that despite our interests and desires, we don’t really have much control over what gets made, and will generally go with whatever is put on the screen since it’s what we have and what Hollywood is willing to bring to us. Inspector Gadget was a great cartoon since it was beyond the scope of reality and didn’t need to fully conform to what we thought of as possible. He’s a cyborg detective after all that has almost every possible tool you could imagine stuck inside his body just waiting for a command word to spring forth. There wasn’t a lot of need for the viewers of this cartoon, mostly kids, to fully believe that such a thing could ever be real. It was just a fun show that kids had a chance to watch and be entertained by. While the live-action movie did well enough to be called a success it’s still important to think that the box office numbers are not always the best way to gauge just how great a movie really is. People are going to buy the hype when it comes to movies, they’re going to be interested in seeing a movie that looks like it might be interesting, and what that means is that they’re going to purchase a ticket in order to see just how good or bad the movie really is. From that moment on nothing else seems to matter since the criticisms levied towards a movie really need to be loud and coming from a source known to more than a few people in order to be heard.

It could be that Amanda N’Duka of Deadline and many others are right in believing that a new version of Inspector Gadget could be something that will be miles beyond anything that’s come before. From the casting to the effects it could be that we’ll see something that’s impressive enough to claim that it was worth the effort of making. In a big way though this seems like yet another idea that had its time and might need to stay where it was in order to fully enjoy it. Inspector Gadget was a big part of some peoples’ childhoods, and unless Disney is really going to put enough effort in to make it great, it should probably be left alone.