Home
Movies
The Disney Characters You’ll Encounter in Every Office 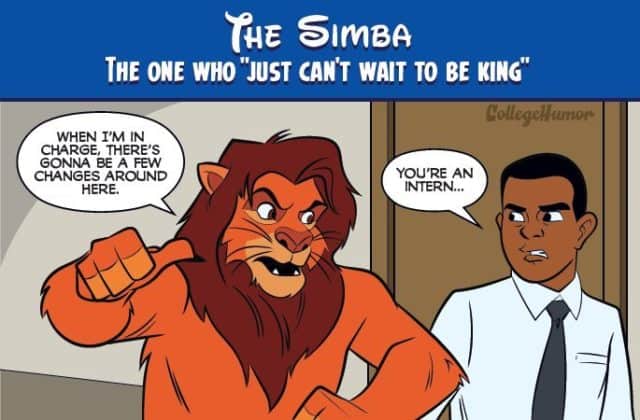 The world of Disney movies is a world full of fantasy.Â  And because movies are set in a fantasy world, real life isn’t explored as accurately as one would either think or hope.Â  Don’t get me wrong.Â  Disney movies touch on real life subjects just as much as any movie.Â  In fact, tragedy is probably one of the largest themes in any Disney movie.Â  However, the actual characters in Disney movies are rarely the way we are in real life.Â Â  I mean sure, we don’t have talking animals but I think you get the gist of it.Â Â Â  Most characters have superpowers and are capable of quite a bit more than us mortals.

In the real world a hero is the guy or gal that goes to work every day, pays the bills, makes rent and provides for their family.Â  While we’d love to be able to grant 3 wishes or use our powers to freeze an entire town, things don’t always work out that way.Â  However, that doesn’t stop us from trying to emulate some of our favorite characters on a daily basis.Â Â  Speaking of which, the folks at Collegehumor have put together 6 awesome graphics of Disney Characters you’ll encounter each day in the office. 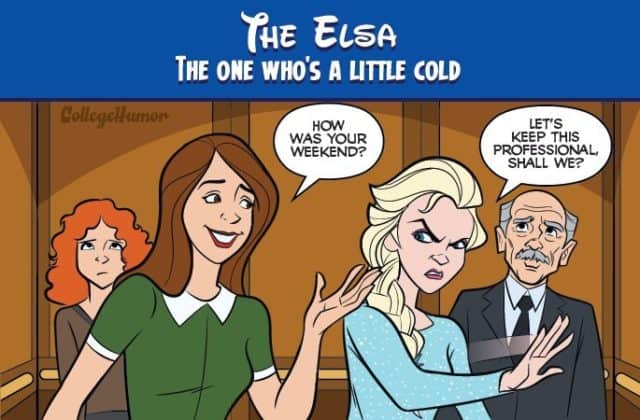 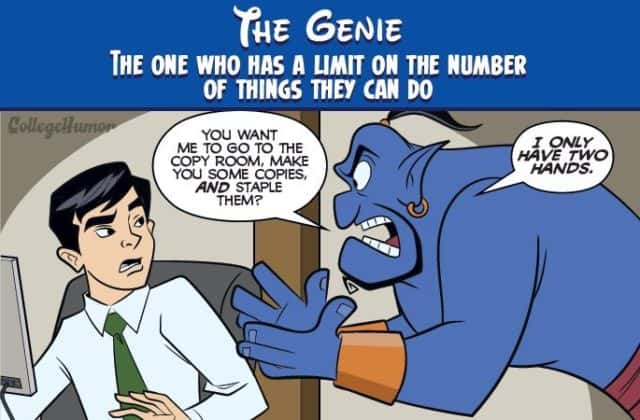 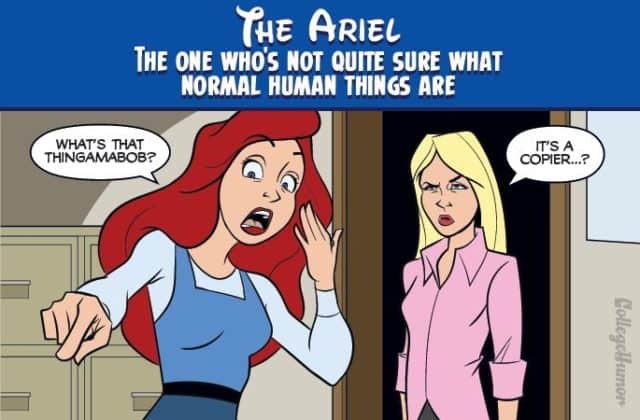 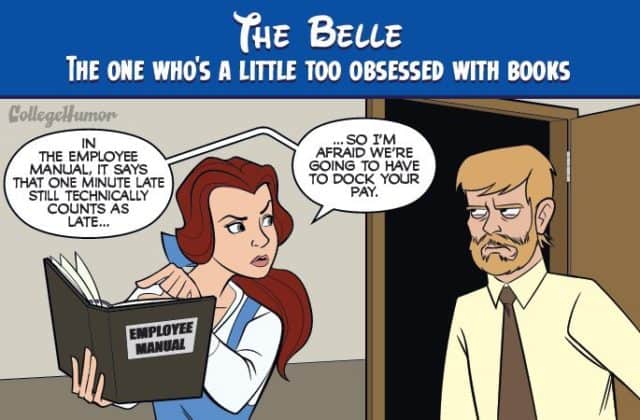 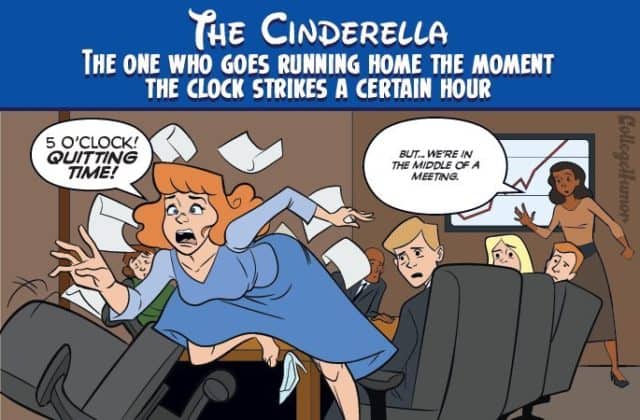