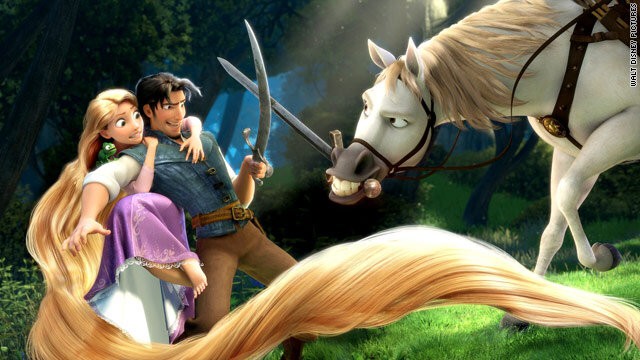 Some people might actually get bent out of shape seeing an Honest Trailer for an animated movie, but looking at it objectively as an adult makes such a thing a lot easier since by this time in life a lot of people can at least look at some of the material and realize that, even for a cartoon, things don’t always make as much sense. Of course animated movies aren’t always supposed to make sense, if they did then Ryder would be suffering brain damage after that many hits to the skull with a frying pan, or hurting in a big way after Maximus slams a hoof into his midsection, or would possibly bleed out before Rapunzel’s magical tear can heal him. See how that works? Disney and many other animated movies have gone a great length to make certain that reality is stretched as far as it can be without snapping sometimes, and at other times they’ve just said to heck with it (Disney after all) and gone for broke. Usually when Disney does this though they manage to do it in a cute or at least funny way that stretches the boundaries without really making people uncomfortable, at least the majority.

The great thing about some of these movies is that they are taken from original tales that were typically much more grim, no pun intended, and given a much lighter look that allows them to be seen as triumphant and cute stories in which there’s plenty of danger but hardly ever any real threat to the main characters. For kids this is just fine since it’s been seen in the past that children can in fact be traumatized by eliminating certain characters that might have seemed important but were basically just props for the story. Bambi’s mother anyone? The whole idea of Rapunzel is a lot more depressing than the movie turned out to be, but Disney isn’t exactly in the business of scarring kids for life even with the evidence that proves otherwise from back in the day. There are still people that can’t help but shed a tear when they think of the opening of that long-ago classic. Tangled however puts a fun spin on a story that might otherwise be seen as kind of depressing and even a little disturbing. To be honest Rapunzel is still a young girl in this movie, while Ryder is a fully-grown man. I’ll leave that to your powers of deduction since in this day and age we would see that as something rather problematic, but for the movie it seems downright romantic thanks to the fact that Rapunzel was aged up a bit. But there are some issues with the whole idea of how long it finally took her to leave the tower and why her parents couldn’t find her for that long.

It’s definitely believable enough to think that Mother Gothel might have been an enchantress of some skill, but quite honestly in the movie she seemed like some old woman that had found the fountain of youth, in a way, and simply wanted it to herself. If she had any real magic she didn’t show it as much, but her powers of manipulation were strong enough to convince a young girl that she was her mother and that the outside world was a dangerous place. Plus, she was deadly enough when offered the chance to be so. But how in the world could the soldiers not scour the countryside and find this tower? Or did Gothel come to the tower after it had been found? That much we don’t really find out since parts of this movie are shrouded in mystery. Plus, depressing as it might seem, after so many years of looking the kingdom might finally have to realize that it was time to move on and think that the princess might never be found. But would that stop a lot of rulers from having another child? In order to keep their rule a lot of kings and queens needed to continue their line, which meant that at some point Rapunzel’s parents would have had another child. But then again, considering how ill her mother became when having her, it’s fair to say that childbirth might have been too much for the queen to go through again, especially as she got older. There are just too many real-world problems that can be injected into this movie, and after a while the magic and the enjoyment might actually dim down a bit.

Honest Trailers, and CinemaSins for that matter, are a lot of fun when it comes to looking critically at a story, but they also tend to remind us that looking critically means going beyond the magic, the smoke, and the mirrors, and seeing everything laid bare. Sometimes it’s best just to look at the story in front of us and have fun with it.