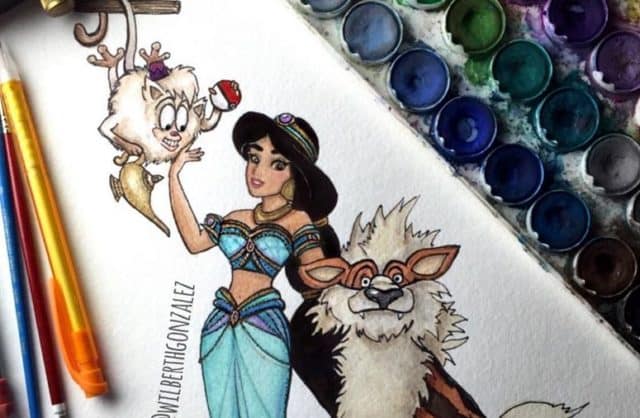 As I’ve already pointed out over 1000 times, the obsession of Disney Princesses seems to get greater each year.Â  It’s not enough that you can just watch a Disney Princess in a movie and leave it at that.Â  Fans are obsessed with turning the princesses into a myriad of things.Â  Sometimes we come across galleries where Disney Princesses look like superheroes.Â  On others we see examples of Disney Princesses as male characters.Â  Whatever the genre (or more to the point “fetish”) is, a new one seems to crop up every single day.

The one I’m sharing with you today is nice and simple.Â  There’s no altering of the princesses to turn them into anything other than what they are.Â Â  But there’s one addition:Â  Pokemon.Â  Costume Designer and illustrator Wilberth Gonzalez drew this awesome fan art series of various Disney princesses with their magical friends reimagined as PokÃ©mon.

He did this all with water colors.Â  Pretty impressive: 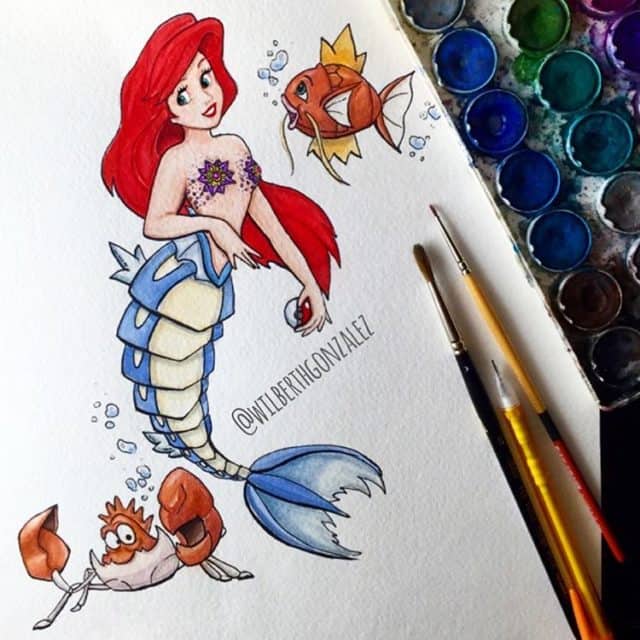 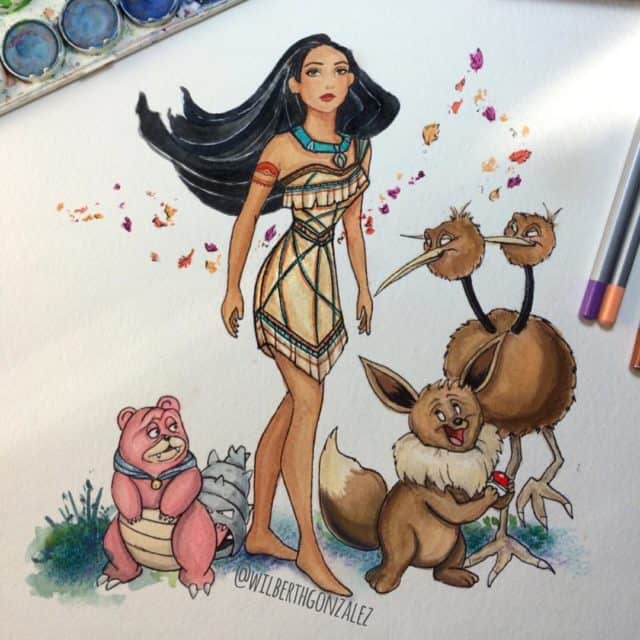 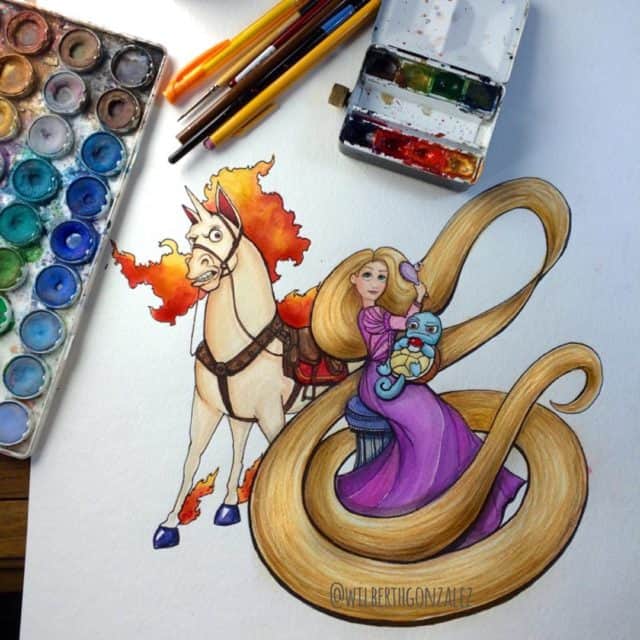 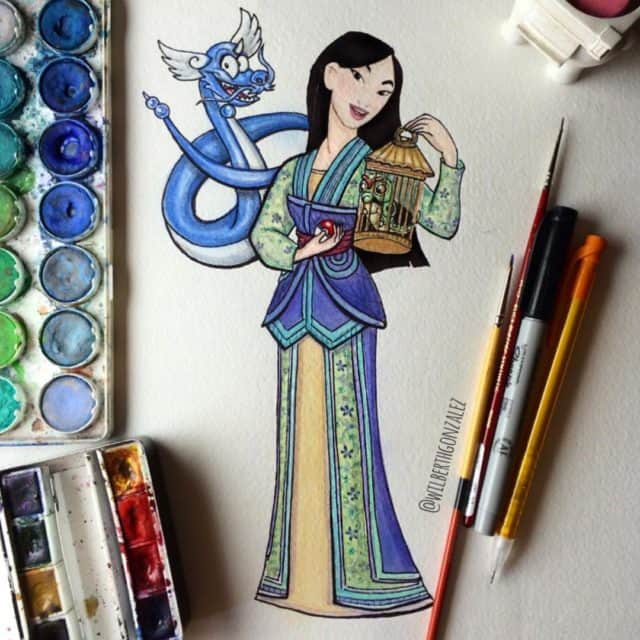 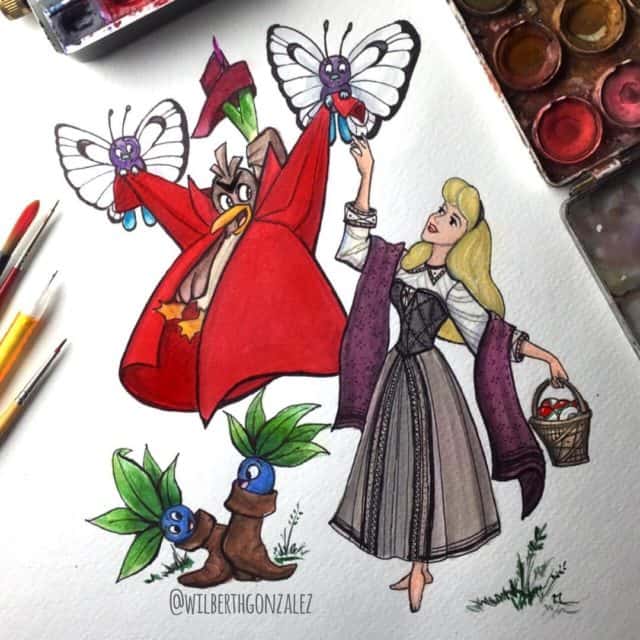 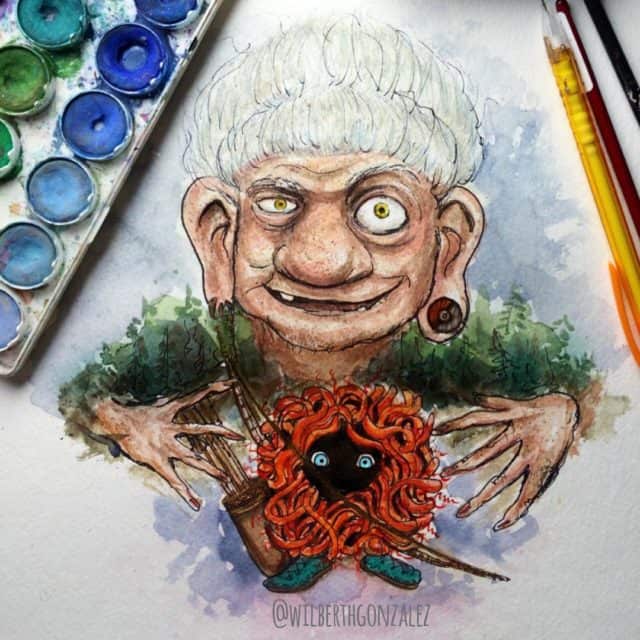 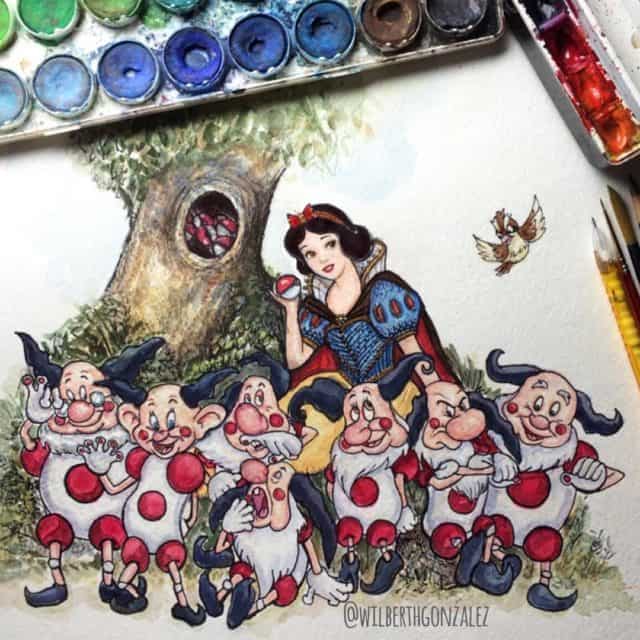 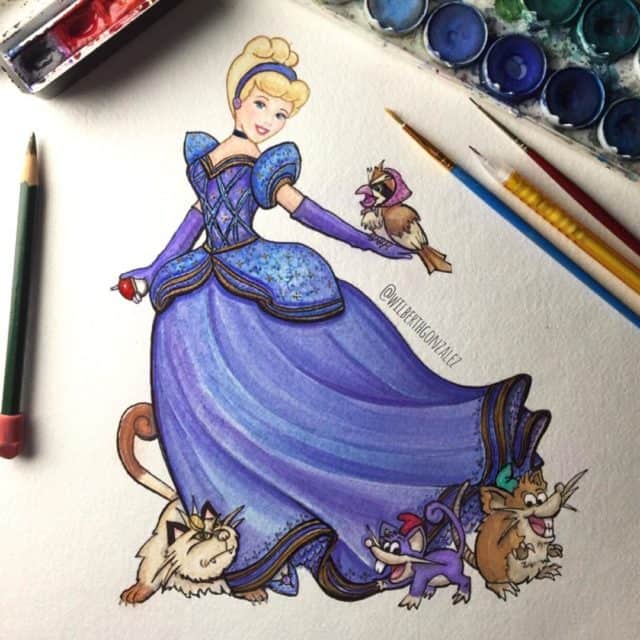 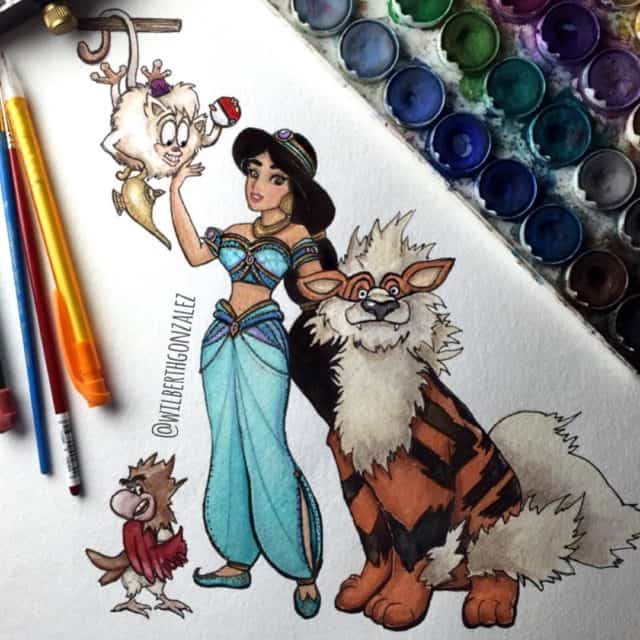