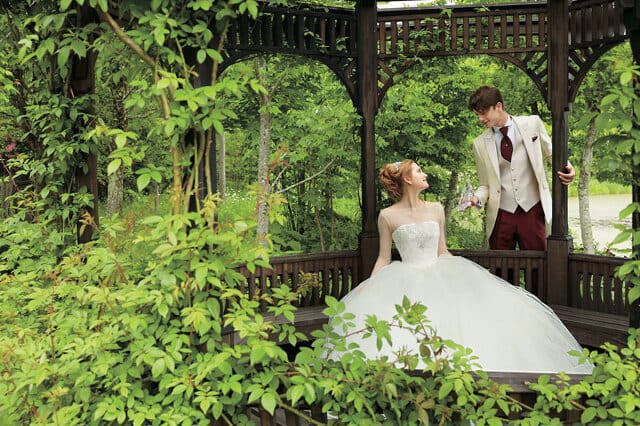 What do you get when you cross Disney princesses with a Japanese wedding dress company? If you guessed some of the most charmingly beautiful dresses ever made then you’re absolutely right. The dresses shown below are some of the most elegant and overall interesting pieces created for that special day, and are designed to make the bride feel like a princess during her special moment. 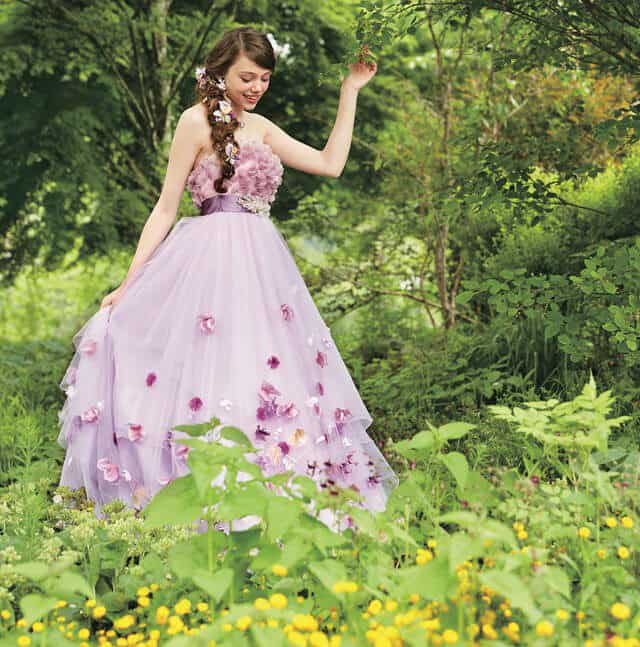 This looks a lot like the Rapunzel type dress thanks to its vibrant purple color and the simple fact that the young woman has her hair done in the same fashion as the lovely, adventurous young woman in Tangled. The pale lavender hue of the dress is simply wonderful and the petals that adorn its lower half give a definite floral touch that is quite pleasing. 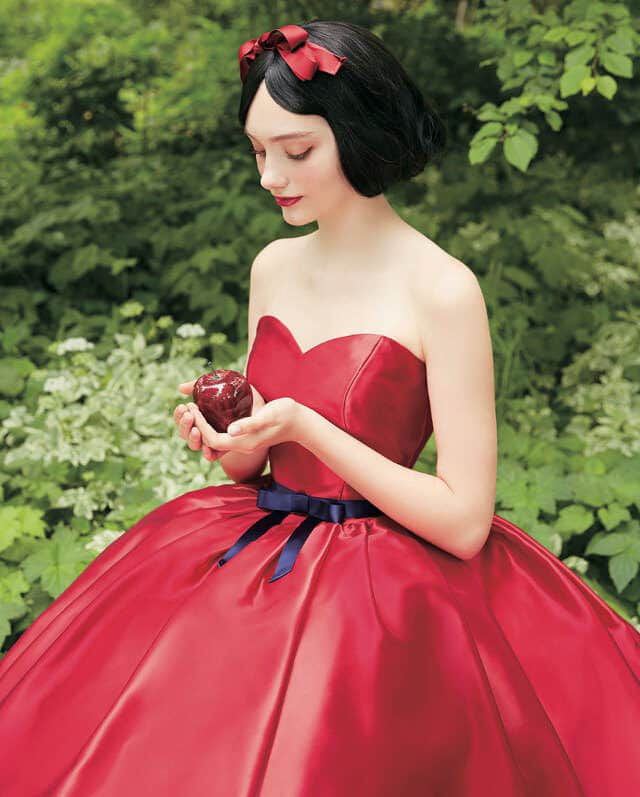 So many women want to be treated like a princess on their wedding day that it’s no wonder that they would simply go gaga over these dressed, particularly this striking red dress that brings to mind the vision of Snow White following her triumphant return thanks to the kiss of her prince charming. 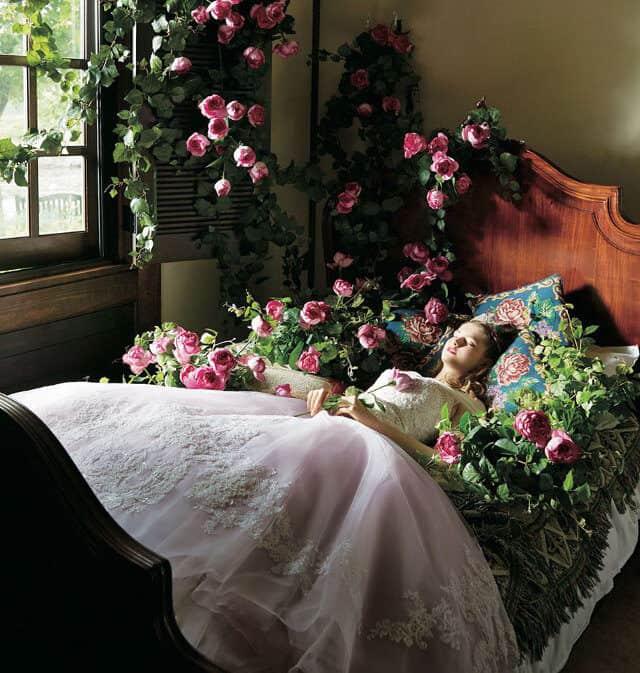 The hints of pink within this dress make it seem like a thing of innocence as the Sleeping Beauty motif would indicate. A bride would look absolutely resplendent in this poofy wedding gown, which is fit to make any woman feel as though the wait for her prince to come would be worth it. 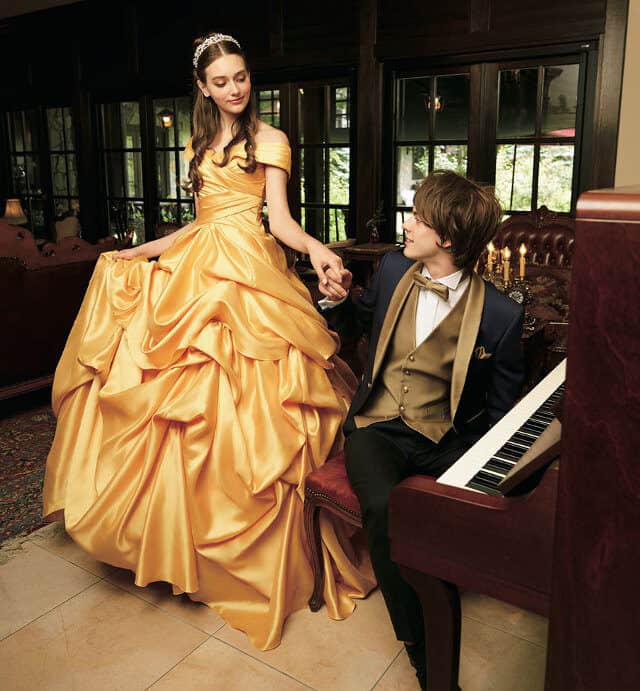 The classic golden hue of this layered dress would help to entice any young prince to stand at the side of his princess on their special day. Â As a themed wedding this piece would be absolutely perfect, and more to the point it would make for a memory that would not soon be forgotten. 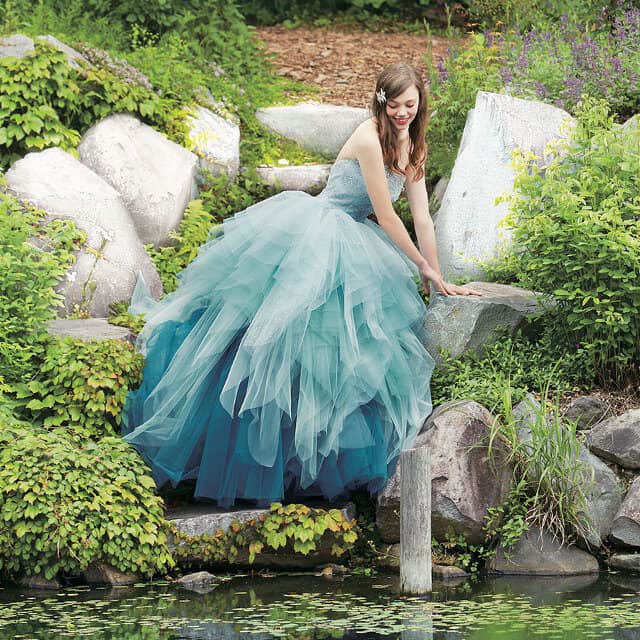 Due to the location of the shoot I would say that this might be a dress in the fashion of the Princess and the Frog, but the color for such a dress would be green one would think. The style however is fairly reminiscent of Tiana, but the overall color would bring to mind the image of Cinderella. 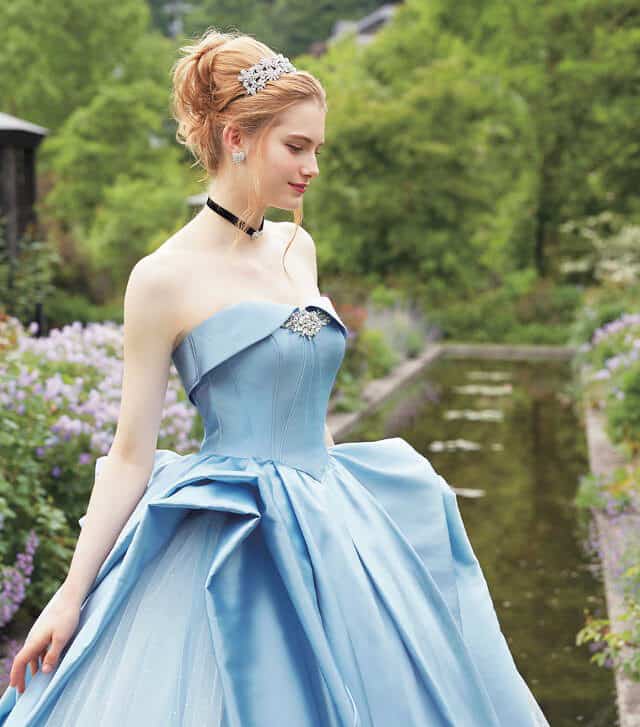 Now this is a definite Cinderella gown, complete with the familiar waistline, the choker, and the tiara. The absolute elegance of this look is something that would cause people to remember the special day and for the happy couple to hold dearly as the years pass by. 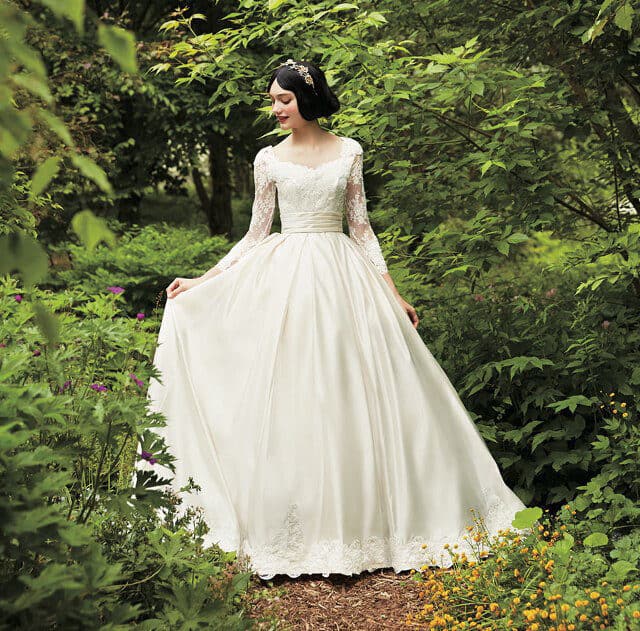 This is a slightly different look for Snow White but it is quite fitting as it gives any woman a pleasing touch of the old-fashioned look while keeping things modern enough for most young women’s tastes. Within most settings it should almost glow as brightly as the bride herself on that special day.

The wedding dress is a symbol that most women would agree is something that will carry a huge amount of meaning for the rest of their lives. It is something that is only meant to happen once despite the fact that some women experience it multiple times, and the first time is always bound to be the most special.