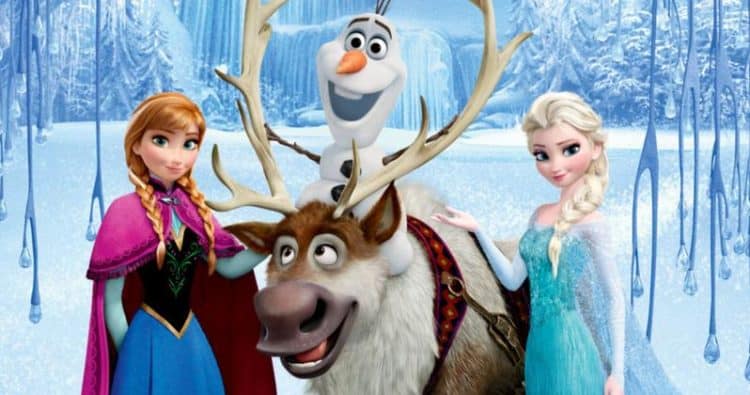 It’s not too often that animation can be used to solve a cold case, and there’s no pun intended here since it was a part of Frozen that was used to help solve the case of how nine experienced hikers were found dead in the Northern Ural Mountains, specifically in the Dyatlov Pass where they were reportedly found. Given that the men were considered to know what they were doing it was determined that their deaths could have only come via avalanche or by wild animals back in 1959, but many were ready to toss the avalanche theory out the window apparently. But while it was eventually established that the avalanche theory was the only thing that made sense any longer as of 2019, it was still doubted by many. According to the lack of snowfall and the injuries that were incurred by nine of the hikers, it was determined that an avalanche could not do this. But when Johan Gaume watched Frozen he couldn’t help but notice how realistic the movement of the snow was in the movie, and he reached out to Disney to see if they could do him a favor and allow him to use their animation code with his own avalanche models, and in doing so he found out that the likelihood of a slab of ice being found within the avalanche could easily explain the trauma that the hikers suffered.

Help comes from the strangest places sometimes it would appear since it could have never been guessed that about six decades after the incident that someone would finally put the final piece together thanks to an animated movie that just happened to have been using a very realistic animation code that could help to finish an explanation that had been built up for so long. Cold cases have to be one of the most irritating things in this world for those that are tasked with trying to solve them, especially if the case is over a decade or two old since one has to imagine that any solid leads are long gone and there’s not much help to be had from any quarter. It feels likely that many cold cases have gone without being solved for quite some time since the lack of evidence has possibly been the biggest detriment, and as good as some people are at guessing or studying every angle and aspect of a case, there’s bound to be something that will be missed. That’s the human aspect of any case though, people are going to miss things, no matter how many different perspectives are being used to explain something. It still feels as though after so long this is something that should have been surmised by those that had attempted to solve the case.

After so long, to think that it took an animated movie to discover what could have been guessed at and possibly even animated before now is something that might have a lot of people wondering just how many people were actually on the case since it sounds like something that should have come up over the decades. Plus, when animation did become available for use in solving cases as a theoretical tool, one would think that it would have been possible to use this in an effort to show just how an avalanche could possibly cause the kind of damage that was found. The thing about an avalanche is that not everything coming down the slope is snow and ice. Avalanches can differ between loose snow and slabs, and it was a slab avalanche that was predicted to have happened since, in a slab avalanche, the ice and snow are moving as one huge unit and considering that an avalanche can reach speeds up past 80 mph in seconds, the hikers didn’t stand much of a chance. While the arguments are that there was not enough snowfall to cause an avalanche at that time, there are other ways that an avalanche is caused, since there could have been a weakened layer that slid off, or there could have been a trigger of some sort that set it into motion. In any case, a slab avalanche would definitely inflict a great deal of trauma considering how much an avalanche can weigh, and the hikers, if directly in the path of the avalanche, wouldn’t have really stood a chance of survival.

The good news is that the case is finally closed, even though it took so long and involved the loss of life. One has to think that someone is relieved that after so long this mystery was finally figured out, but it likely comes as a small kindness to those that were related to the hikers, if they’re still around. At the very least, it’s one mystery out of many that’s been solved, and in a very strange way as well.