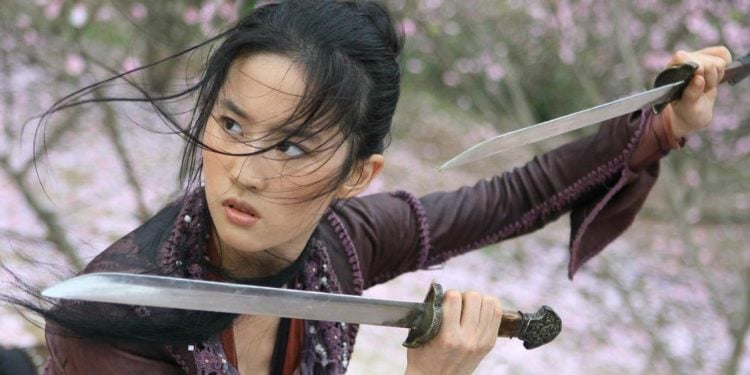 So let’s see here, there were no songs, Mushu and Crick-ee were taken out, and there were no ancestral ghosts to make Mulan more realistic and true to the folk tale, right? But adding in wirework, a witch that can turn herself into a falcon, and a phoenix as the protector of Mulan’s family was kept to preserve the realism. Did anyone else catch that, or were too many people taken by the explanation that was given? There’s been so much bad press when it comes to Mulan already that to add to the heap feels like it would be kind of redundant, but considering that some folks are still defending the movie it’s not too hard to imagine that simply talking about it and why it didn’t work, even in China, is perfectly okay. It’s amusing really that the Chinese didn’t care for the animated version but now they don’t care for the live-action version when Mushu is taken out so as not to pigeonhole their culture and make everyone think that dragons=Chinese culture. At this point, there’s just too much confusion over what is going to offend who and why when it comes to making movies or doing anything for that matter, so it was a judgment call at best that saw this movie made the way it was.

The idea of making it more realistic was a good one to be certain since it’s always nice to see another version of a story told in order to offset what’s already been seen since the animated movie did go over the top with the story of Mulan and added in what was thought to be a nice and pleasing family tale for the viewers, but the live-action movie kind of tripped and fell on its face when attempting to go realistic since while the whole idea of being a little more down to earth was nice, the added idea of being able to walk on walls like Spider-Man is still something that historians aren’t willing to admit was possible and, as a result, tends to turn the movie into roughly the same fantasy that we saw with the animated version, especially with a few other aspects that were already noted. One has to wonder just who Disney is trying to fool or who they’re trying to please at this point since they’ve struck out big time on both counts. Added to that the fact that Disney felt the need to charge another $30 for the privilege of watching this movie on Disney+ and it’s pretty obvious that the Mouse House has added a new ride to their name, but unfortunately this ride is one that a lot of fans weren’t as willing to line up for.

The fact that the movie, along with several others, was delayed thanks to the coronavirus is something that was out of Disney’s control, and as such couldn’t be helped. But while it’s easy to understand that no studio wants to take a loss on any of the blockbuster movies they’ve been pushing, it’s just as evident that fans aren’t too thrilled about paying out more on a subscription they’ve had for a while now and don’t want to see an increase if they can help it. The price to see Mulan was a one-time deal thankfully, but at the same time, it’s still one that many people didn’t feel like paying and might just wait until December when it’s placed on the site without an added charge. Granted, it’s not a bad idea for a family movie night, but people are starting to wise up when it comes to the movies since without being able to go to the movie theater as usual, where $30 is the price of admission for a couple of people, staying at home with a subscription is something that many people don’t feel like paying extra for. After all, why pay extra when you’re streaming the movie at home? The answer is simple, Disney needs to make their money back or Mulan will be a financial failure, and as some might say, a complete failure. Disney was swinging for the fences on this one and sadly it feels as though the might have bounced off the wall, well short of their expectations.

With so many other projects still underway and on the way it does feel as though Disney might be able to slough this one off and perhaps put it in the rearview in order to focus on other projects that still need to be released or otherwise given more attention in order to get them ready for the public. It’s not the first time that Disney has tried and failed to give the public what they want, and it probably won’t be the last either. As of now though, Mulan is not nearly as impressive as it could have been.