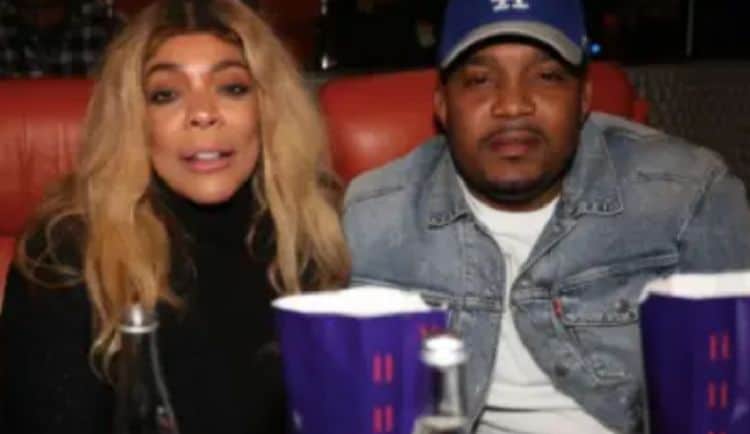 If you say DJ Boof five times fast, you’re going to laugh. It’s just the truth. The man behind the name was genius when coming up with it, and we cannot argue with his logic. He’s the main man behind the “Wendy Williams Show,” and he’s been providing her with a sound stage for some time now. He’s always been there, a fan favorite, just playing his music and making her and her fans dance it up, but there was a lot of speculation when the show came back on and he was not there to help her with her music. There was a new DJ in town, and it almost felt to fans as if they were all cheating on DJ Boof…but where is he? What happened to him? Where did he go? He just disappeared, and we thought we might get to know him better.

1. He’s Been Around A Long Time

DJ Boof spent many years playing music for Wendy Williams on her show, and he’s considered the in-house DJ. Perhaps was is the better term here. He was the in-house DJ who did it all, and they seemed to have a very close friendship when they were working together.

2. There Were Signs He Was Leaving

Prior to the announcement that he’d been replaced at work, he hinted at things on his own social media. He unfollowed his boss, and then he removed all mention of her in his biography. That’s a big sign, no? We think that is the number one sign someone is done.

3. He Works Closely With Nicki Minaj

He’s always been a man very involved in his career, and that is a career that has him working closely with Nicki Minaj. Despite what so many people think and feel, there was never a time when he only worked exclusively with Williams. Some fans believe he chose sides after Williams and Minaj had their fight over Minaj’s husband.

4. There are Rumors They Dated

Over the course of the lockdown following the global pandemic, there were more than a few rumors that these two were dating. Williams and the DJ were seen together on multiple occasions, and they were even on her own social media pages in the car together. She’d snapped a photo of them and called him her special friend.

He is not just working as a DJ, either. He’s got his own brand endorsements using his social media pages. He recently entered into a partnership with DELL, which is a big one. They are a huge technology partner, and they do very big things in the world of computers and other tech.

If you go through his Instagram feed, you will find that he is a man who likes to share a happy and inspiring quote when the mood strikes. He has a lot of followers, so it’s nice that he uses his platform to share healthy thoughts and ideas with those who follow him.

We don’t know how many kids he has, but we know he has a daughter who has some killer dance moves based on his TikTok videos he posts on his Instagram page. They dance together, and she’s good. It’s clear in their videos that they have a great relationship and that they get along really well. He seems like the kind of dad who has fun with his kids and who also makes sure that he is always involved in their lives.

He’s constantly sharing photos of his shoes on his feet, in his closet, and in his collection. He has what we would call a very normal and very typical obsession with shoes that we fully support and understand in every manner of speaking. We will never judge a person who fills their hearts, we mean homes, with shoes.

9. He Believes in Manifestation

We love this concept, and we love that people are just out there thinking all the good things and putting that kind of good vibe into the universe. We adore this and think that it’s something we should all focus on. Whether you believe in it or not is not the point here. The point is that everyone should be out there envisioning their best lives and their best selves and what they want. It’s a quick way to find yourself in a good mood if nothing else, right?

10. He Can Find the Good in Anything

DJ Boof is a man who can find something good in anything he sees. He’s found that the pandemic was a way for him to filter out those who no longer need to be in his life. He’s found that it’s provided him with perspective and with things that make him happier, and that’s a situation we can get on board with. We like when people are able to find the silver lining in all the things.