Home
Entertainment
Do We Really Need A New Flintstones?
Prev Article Next Article 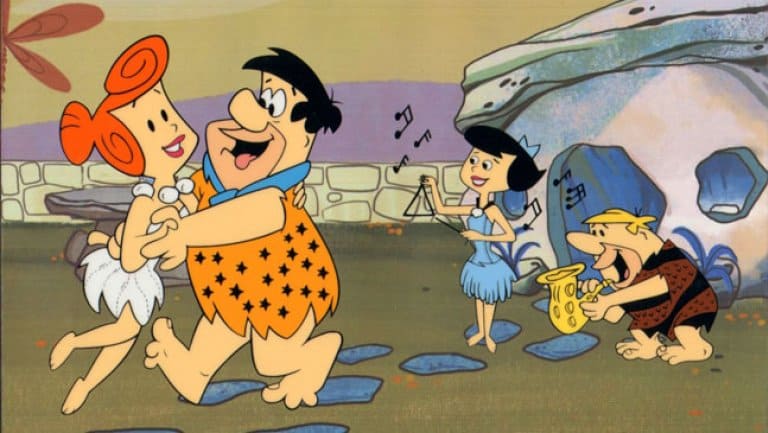 Some folks are already thinking a new Flintstones animated show could be a yabba dabba don’t since as it’s been pointed out by Nellie Andreeva of Deadline this project is going to be including Seth MacFarlane as one of the people at the helm. Quite honestly this excites some people and it’s not at all surprising since the Family Guy creator has been known to create some truly funny and iconic moments, but typically his sense of humor extends in a direction that the Flintstones have rarely, if ever, gone. There are those that might go so far as to point out that the Flintstones have showed up on Family Guy in the past, but usually it’s been fleeting and didn’t last for more than a matter of seconds. This time around though Seth is getting hold of a cartoon that he’s actually quite excited about since it sounds as though Fred Flintstone is the first cartoon that he can remember drawing.

It’s kind of amusing that this would happen again since back in 2012 Lacey Rose and Matthew Belloni of The Hollywood Reporter were quick to announce that MacFarlane’s earlier attempt to bring the Flintstones back to life had been halted almost indefinitely. As of now it appears that things are back on track and will be proceeding forward without too much delay. How this is going to fly with fans of the old show is hard to say since for decades now the Flintstones haven’t been brought back to life in any big way save for the live action movies that have been created, and even those didn’t seem to tide people over all that well. John Goodman and Rick Moranis headlined the first movie while the second kind of failed to live up to expectations as it featured stars such as Stephen Baldwin and Mark Addy. In short, neither movie really satisfied the audience as the original cartoon has always been the show that set the bar, and it hasn’t been reached yet.

This time around though the show is going to have the help of Warner Bros. and Elizabeth Banks’ production company, Brownstone Productions. According to Ryan Scott who’s writing for TVWeb this series is going to be aimed at entertaining adults, which is a different approach as we all can recognize and something that might hurt or help the series moving forward. In a way it feels as though it could be innovative enough to work since the earlier version of The Flintstones was really geared more towards kids since, obviously, it was a cartoon for kids. But now that we’re grown and can look back on it with a fresh and hopefully wiser perspective we might see how some of the elements of the show that we saw as quirky and quite possibly fun would now be construed as, well, kind of disturbing.

For instance, the Flintstones showered by using a mastodon’s trunk and whatever water was coming out of it, along with whatever else was in the mastodon’s trunk at the same time. That seems like a sticky and messy situation, but that’s pretty tame compared to some of the other things they used animals for. Don’t get me wrong, I’m not going to spew PC-isms all over the page concerning the Flintstones because if we’re being honest the Flintstones was about as un-PC as it can get. The show was fun because it offered up the kind of comedy that’s constantly under fire at this time and made us laugh because we either didn’t fully understand it, or because we understood it and took the humor at face value without delving too deeply into it. This was a show about primitive cave men and women that lived like suburbanites for crying out loud, of course it was meant to be a running gag reel. But bringing it back now almost seems like it might cause MacFarlane and the show itself to suffer a tremendous amount of backlash that could sink it before the show ever gets up and running. It’s obvious that Seth has dealt with backlash in the past and has run through it with a smile on his face. But as the world keeps changing and some folks keep losing their sense of humor, the idea that someone could possibly be offended by this show is an obvious pitfall that needs to be addressed at the very least.

But by and large the question has to be why can’t those who are established and fully capable come up with something new? It’s already been said that this new Flintstones show will be something different based on the original, but one has to wonder if anyone else is getting tired of seeing the same old things dragged forth again and again from a past that we enjoyed, but don’t always need to see rehashed and redone. It’ll be interesting to see what happens with this show honestly, but keep your expectations about as neutral as they can be.