Home
Entertainment
Do You Believe This Theory That the First Jedi was a Skywalker? 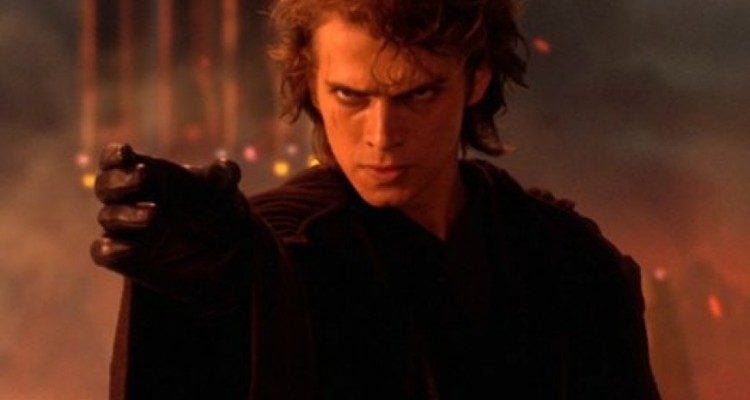 Just so you’re not trying to wrap your head around the idea that the Skywalker line is as ancient as the Jedi Order, it could be given the right writers, what Thomas Bacon of Screenrant is getting at is the fact that every generation of Jedi has needed their own “Chosen One” to balance the Force or to at least fight/strive to create balance within the Force. The theory is that each generation needs their own prophetic being to emerge from the ranks to try and bring equilibrium to the universe in their own way at times, which means that the longer-lived Jedi, such as Yoda, might have seen more than one Chosen One in their time. That’s an interesting though really, since Yoda was around 900 years old when he passed, which meant that he’d seen Jedi come and go, and had likely dealt with or at least heard of several Sith in that time. One has to wonder just what it was that made him incapable of seeing what Anakin Skywalker would become, or why he couldn’t see far enough to realize what would happen with the Empire, or the First Order. Of course the diminutive Jedi Master usually kept his words to himself when he wasn’t being vague, and he said more than once that the future was difficult to see since it’s always in motion. This means of course that the balance that was needed in the Force might have been needed more than once in his time.

Another thought is that the Jedi created just as much imbalance as the Sith at times, as despite their desire for peace and serenity, their acknowledgement of the dark side of the Force was also necessary in order to bring about some semblance of balance. It’s hard to criticize the Jedi at times since they were meant to stand as the paragon of virtue in the galaxy, but their own shortsightedness at times made it possible for them to appear incredibly naive, not to mention somewhat less than noble since they kept so tightly to their precious edicts and Order most times, remaining blinded to much in the galaxy as they continued to serve as the protection force of the Galactic Senate no matter how much they said they didn’t answer to them. Thinking that the first ever Jedi was a Skywalker is more of a way to state that the first Jedi sought the true balance of the Force, not just the need to stand in the light and guard against the dark. It’s been understood that those who embrace the dark side of the Force are evil, more or less, since they rely on passion, anger, and the darkest emotions possible to fuel their connection with the Force, but the trick of balancing any system is learning how to do more than harness the differing aspects, it’s learning how they coexist and acknowledging that a balance point, however tenuous, between the two exists.

For an order that prized balance in all things so much the Jedi have for a long time been kind of wandering about half-blind by hampering their own vision of the dark side of the Force. So many Jedi were taught that even tracing the edge of the dark side was a horrible and lasting temptation that many never realized their full potential because of this. Anakin Skywalker flirted with the dark side more than once during his time as a Jedi, and his power only continued to grow, but obviously so did the problems that he was dealing with. Imagine the first Jedi however, a being that had no master to guide him, no set of rules to follow, and no Order to fall back on if he needed help. This was the fulcrum that the Order was supposedly based on, the beginning that showed the path to accepting and standing in the light while acknowledging the dark and maintaining the balance. In this manner the name Skywalker is essentially a moniker that is bound to be given to the Chosen One, the being that’s meant to finally bring the Force into balance, much as Anakin and Luke did, and then like Rey did. But it stands to reason that if there aren’t a lot of Skywalker’s in the Star Wars history that the Force was out of balance for a very long time, perhaps since the first Jedi became one with the Force.

It’s an interesting theory no doubt but one that still raises a lot of questions without answering them in a practical and reasonable fashion. If this theory could be fleshed out and given a bit more substance it would be easier to argue, since otherwise it would force a massive rewrite of Star Wars history that would essentially change everything in a very fundamental way.