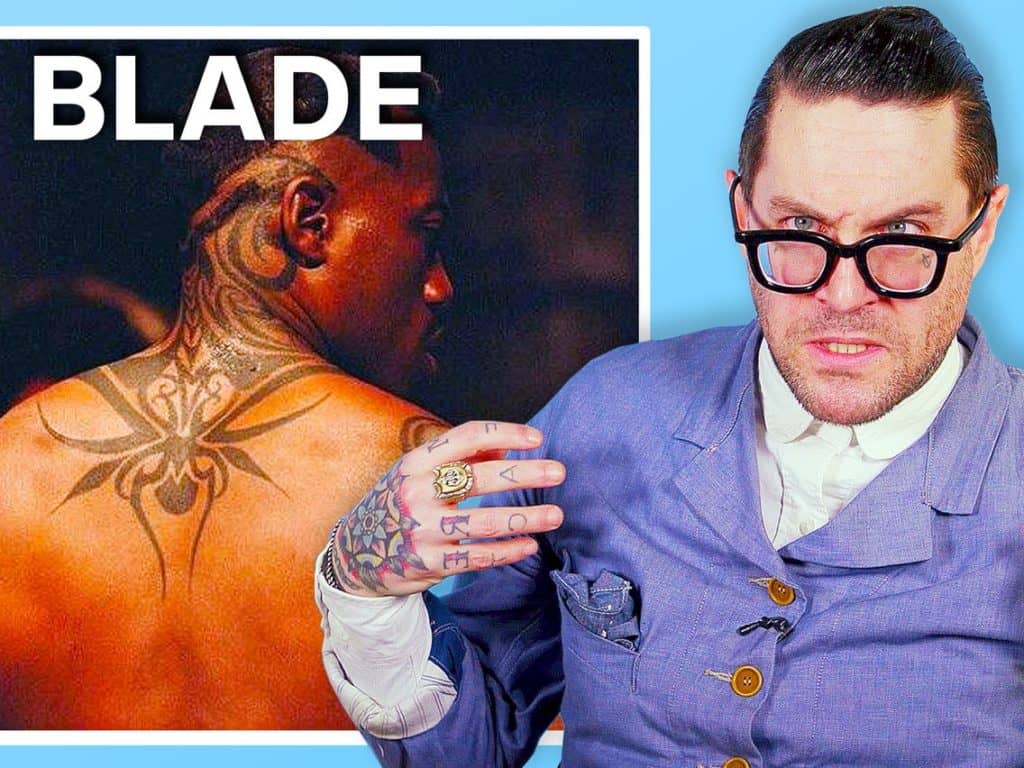 There’s been a lot of discussion about tattoos over the years and a while a lot of people see the body art as kind of vulgar and even in a negative light since it’s been said to be ‘disfiguring the body’ or somehow defacing it, a lot of other folks have a very different approach to body art.  There are of course moments when it appears to go too far since body modifications and the like tend to take things to an unhealthy level, but when done correctly and with enough time and care so as to make the tattoo appear as it should, some body art can be absolutely beautiful. Dr. Matt Lodder isn’t just a tattoo expert as he’s also an expert in art history and theory as well. A lot of his studies do have to do with body art and how accurate it might be or what time period it might have come from, as you can see in the video. It is impressive to think of how art history and tattoos line up, though it’s kind of obvious since body art isn’t something that’s entirely new given that it’s been around for quite some time. Tattoos however have changed immensely over the years and have taken on new form and new meaning with each new artist and their many varying styles have even given a new definition to a lot of different themes that have been seen throughout the centuries.

It’s pretty interesting how Matt can pick out just what time period a tattoo is from and whether or not the accuracy is on point in movies, since picking out the Pirates of the Caribbean tattoo on Jack Sparrow does make sense and it does sound reasonable really. The Polynesians have been practicing tattooing for thousands of years even if it was outlawed at one point and time, and much of what they do has evolved over time as well, though also much of what they’ve done has continued to change and adapt as the years have rolled on. Many tattoos have taken on different meanings even as their appearances have been altered over time and while some people get tattoos just for the heck of it, others tend to get them because they mean something. In a sense that’s the best reason to get a tattoo, when it means something and represents a part of yourself that you want to show to the world. Even if the tattoo is covered up it’s an extension of who you are and what you might believe. Or it’s just a bad decision made on a dare or a bet, or even worse, an impulse. If you’ve ever seen NFL fans that have tattooed their teams on their body and added ‘Super Bowl winners’, then you’d understand true regret once their team lost.

Matt goes into a great amount of detail about when tattoo designs started up, how likely it would be to see various tattoos in one era or another, and even the probability of seeing certain types of tattoos show up here or there depending on the time period and even the region that the movie is taking place in. Obviously there’s bound to be plenty of overlap with tattoos and where they’ve really shown up throughout the years, and obviously even someone as intelligent and savvy as Matt isn’t going to be able to detail every variable that might explain how a tattoo or design might have appeared where he might have said it’s not likely, but his fact-checking is pretty sound and it’s easy to believe a lot of what he says. One thing he mentions, and this is true now as it’s been since the late 90s, is that tribal tattoos have been a big thing among a lot of people and it’s possible that the movie Blade pushed this idea, but the driving inspiration behind it is harder to pin down. Tribal tattoos have been a popular pick of many individuals for various reasons and in fact, I too have my own tribal tattoo on my back, as it means something to me and defines a part of my life that is highly important. The trick with tribal tattoos however is that they are kind of a faded and dying trend and unless one can claim an actual tribe or ascribe actual meaning and culture to what they’re getting inked on their skin, then they’re meaningless and probably shouldn’t be attempted. If you’re wondering, yes, my tattoo does in fact reflect the culture I claim and respect and it does mean a great deal to me, otherwise it wouldn’t be resting on my skin at this time.

Tattoos are a very personal thing and if any person ever thinks of getting one there are a few things to take into consideration, some which you can get from this video. One is whether or not it’s authentic and original, as copying an idea too many times waters it down and kind of erodes the whole point. Another thing to think about is what that tattoo is going to mean to you, because unless you have the money to get laser surgery after regretting your decision, that ink is going to stay with you for life. If you want to get a tattoo then great, if not then just admire them from afar and save yourself a little bit of pain, and money. Meg Kehoe of Romper has a few more questions you should probably ask before making such a decision.