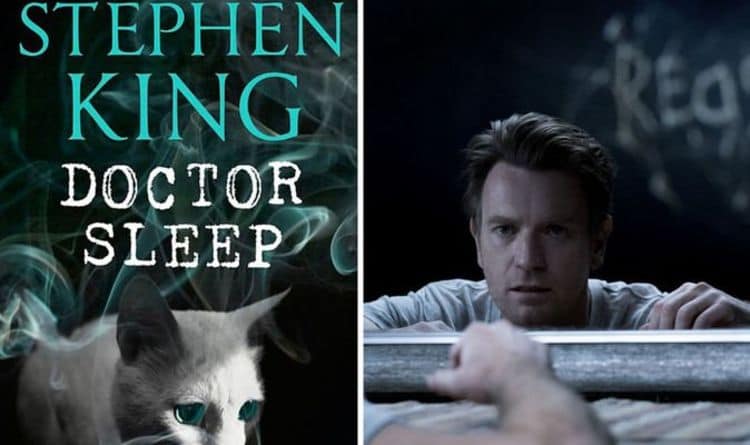 It’s no longer a secret, and hasn’t been for years, that Stephen King has an intense dislike for the movie The Shining since Stanley Kubrick changed his vision quite a bit and as a result kind of changed the whole thing. Doctor Sleep has so far been true to form in some areas and has deviated in others, particularly the ending. If you weren’t thinking it already then you should know there are spoilers ahead, so if you haven’t read the book or seen the movie you might want to stop reading, but if you have or just want to see how things are going to go down then keep on going. Having read the book myself it’s a little obvious that I was one of the many hopefuls that wanted to see this movie bring to life every last little thing that was there to be offered. But when it comes to translating a book into a movie the general knowledge is that not everything is going to make it, or the movie would run for hours on end, and some things just don’t seem to vibe with certain directors so they tend to get left out. In this case however, Doctor Sleep was an answer to many people that didn’t like how the original movie ended, and has become a way to finally gain some closure when it comes to this particular story. Jenny Desborough of Express details a few differences that occur between the book and the movie that are actually pretty significant.

For instance, the True Knot begin to die off at one point when they take the steam of an individual with the Shining that has the measles, an illness that none of the True Knot are fully immune to. This prompts the quest to find Abra since they believe that her steam, which is more powerful than even Dan’s, can cure them. There are also differences in how the True Knot go about kidnapping Abra and how Dan finds out about his and Abra’s connection that are different between the movie and the book according to Gabrielle Bruney of Esquire, but I won’t spoil the whole thing for you. Let’s just say that the director had his own plans that seemed to adhere more to a formulaic approach than King is known to take sometimes, which is regrettable since the chaos that King is capable of unleashing on a reader is epic, but few if any directors have found a way to truly convey it on the big or small screen as of yet. Even IT has fallen woefully short in the latest version, as Chapter 2 would indicate. There was one moment of greatness in the final fight with Pennywise when the deadlights hit Richie full force and it seemed as though the Losers were in real trouble, but the fact of the matter is that without being able to truly alter the final ending, there was never any real danger and the audience knew that Pennywise was going to fail and be killed by the Losers at one point.

The fun thing to think about when it came to Doctor Sleep is there’s still an aura of uncertainty and utter danger that surrounds the story throughout the entirety of the book, and had the director followed the meandering trail that King loves to leave for people it might have turned out that there would have been less of a difference between the novel and the movie. As it is the movie is still something that needs to be experienced since it’s a return to a terror that has the ability to draw forth nightmares from different corners of the darkness itself in order to weave the story into being. There is a huge difference at the end and while I won’t tell you the whole thing a lot of it has to do with the Overlook Hotel, which is not present in the book, but is kept in the movie, no doubt to add a bigger thrill and sense of terror to the whole thing. Brian Tallerico of Vulture might clue you into more details but I prefer to let the reader discover such things for themselves. In both versions however it’s here where Dan and Abra have to face the last of the True Knot, the final showdown with Rose the Hat that finally frees them from the danger she represents. While the movie did things quite differently it still seems to have held to the story enough to have received King’s blessing. Had Stephen King not already given his blessing to a few lesser representations I might have said that was impressive, but given that he wrote the stories it’s his decision when it comes to who he approves of and why. Overall the movie was a bit long, but in the end it was just about as satisfying as the book, and capped off a great story that finally managed to gain a much-needed conclusion.