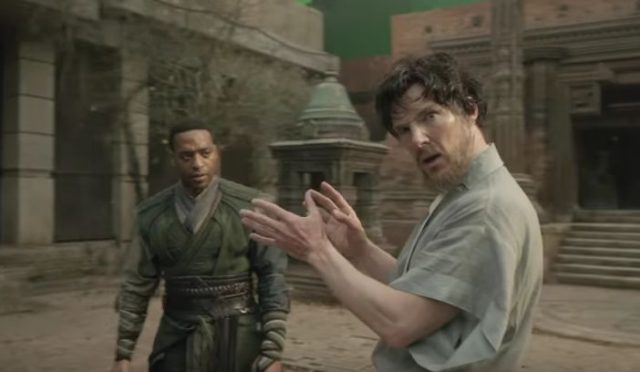 I personally think that one of the most underrated and under shown pieces of media are gag reels from television shows and movies.Â  Once in a while you’ll see a movie share their gag reel in the ending credits and I always find that to be as near if not more entertaining than the movie itself.Â  There’s just something satisfying about watching these big-time Hollywood stars flub lines, play jokes on one another, and be completely humbled by their screw ups.

I think there’s a lot of “Stars:They’re Just like Us” going on and it’s fun for us civilians to see these larger than life stars act as human as we are.Â  So when I saw this gag reel from Doctor Strange I knew it was going to be special.Â  We all already know just how talented Benedict Cumberbatch is but after his appearance on Saturday Night Live as well as numerous late night guest spots, we also know that he’s hilarious when he wants to be.

I think you’ll find that Cumberbatch is even funnier when he’s in the midst of playing Doctor Strange.Â  Check out the gag reel below: