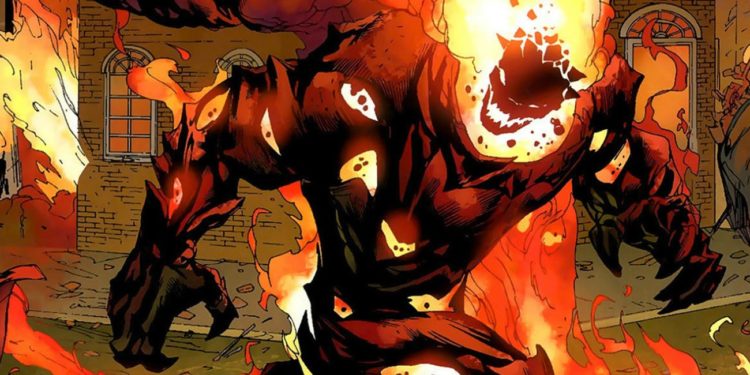 Dormammu is one of those Marvel villains you might hear about now and again and then not hear about ever again for a long time. He’s pretty bound up with Dr. Strange’s story since he is a mystical being that inhabits his own dimension most times and has a very big desire to take over the earth. But in terms of physical might he’s no slouch, though the longer he stays away from his own realm the weaker he gets, depending on if the realm he’s in doesn’t have the necessary elements to fuel his powers. That being said, many of earth’s defenders have taken on Dormammu over the years and only a select few have ever really gotten the better of him. Dr. Strange has good reason to worry about this being since he’s had to tangle with him a few times and he’s almost always had help in doing so.

Here are a few things about Dormammu that you might not have known even if you’re a comics fan.

It was pure arrogance that made the ruler of the Dark dimension take Strange on in a fist fight, and since Strange was much more schooled in the martial arts at the time he bested Dormammu and sent him packing. It’s kind of a tough image to process but it happened.

9. Dormammu decided to take on Eternity once and, as you can guess, lost.

Ashely from Amino actually showed the comic in which Dormammu supposedly defeated Eternity, but thanks to his arrogance, again, Dormammu forget that Eternity is essentially embodiment of all there is, since he IS all there is. He’s the known universe and thus it’s kind of hard to top that kind of power.

8. His actual age has never been fully determined.

You could say he’s simply timeless since there’s no real age that’s ever been affixed to him given that he’s a being of pure magic and therefore bound by energy in a way that is hard to really describe.

Dormammu is something called a Faltine and is a sorcerer that is just about unparalleled since even Dr. Strange doesn’t want to tangle with him one on one if he can avoid it. Even with allies it’s usually best to have some sort of trick up your sleeve as his enemies have found out.

6. In the past it’s been seen that he can defeat cosmic entities.

That’s nothing to scoff at since quite honestly some of the cosmic entities in the Marvel universe are simply overpowered beyond belief and have the kind of capabilities that make the earthbound heroes and villains look like less than children when they get really fire up.

5. The character is obviously a bit arrogant and likes to gloat over those he considers weaker than himself.

This is one of his biggest weaknesses since he doesn’t seem to know when to shut his mouth and just accept that he’s won and move on, or finish off his opponent and call it good. He’s done that a few times so it’s fair to say that he’s wised up, but too often he simply thinks he’s all that and his enemies come back and trip him up.

4. In the movie he relied heavily on the magical arts.

You don’t get to seem him get truly physical, at least not all that much, in the Dr. Strange movie apart from slamming his hand down on Strange to squash him like a bug. But his use of the mystical arts is something that even Strange can’t really stand against for long since Dormammu is pure magic and doesn’t have as many limitations.

3. Despite being more powerful than Dr. Strange he’s still lost to the Sorcerer Supreme several times.

A lot of people have their own theory on this and it seems to boil down to the same thing; Dr. Stranger has a stronger will than Dormammu and is not quite as arrogant. In the movie this was made apparent since he was ready to keep going through one death after another until Dormammu finally demanded that he stop the time loop and listened to Strange’s ultimatum. Being caught and humiliated in such a fashion was intolerable to Dormammu so he acquiesced. If there’s anything that keeps Strange from losing outright to Dormammu that often it’s that he usually has a few tricks to play and his will is ironclad unlike his enemy’s.

In some games he’s been a playable character and in others he’s been an NPC, while in comics and in the movie he’s been a terrible being to look upon and someone you just don’t want to mess with.

1. Despite the similar appearance he has nothing to do with the Ghost Rider.

They might both be demons but Ghost Rider had a much different master and he’s devoted to helping people in his own way while Dormammu is all about taking over the earth and anything else he can.

He is one of the more potent villains, though it’s up in the air if he comes back for the sequel.