Home
‘Doctor Who’ Film: “They Are Doing It” 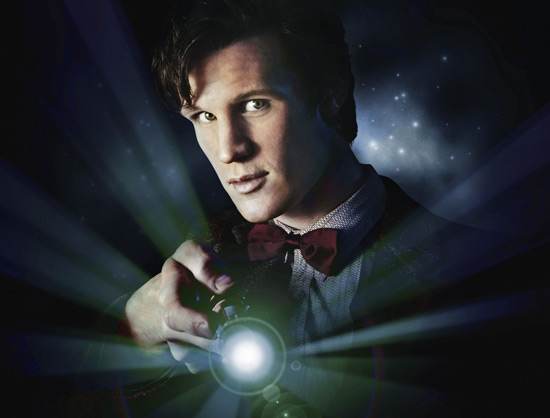 If there ever was a franchise that was perfectly suited for a film adaptation, it was Doctor Who. The British sci-fi series has basically been rolling out feature-length films with every double episode or Christmas special that they’ve done, though these outings have only been shown on the small screen and never on the big one.

That’s about to change, it seems. That is, according to former Who actress Billie Piper. Though Piper has stated she is done with the franchise, she obviously is still in the know about something. Piper, who is currently starring in the series Secret Diary of a Call Girl, appeared on the Scot Mills Show and confirmed a Doctor Who film with four simple words: “They are doing it.”

Those four simple words that will undoubtedly begin a flurry of fan speculation as to what the film will be about, which Doctor it will focus on, which companion will be featured alongside the Doctor, which alien will serve as the villain, and many more questions like that.

To me, it seems obvious that the film will center upon Matt Smith’s eleventh incarnation of the Doctor. Though Tennant has been reported as the star of the picture, his story has already been completed with “The End of Time,” while Smith’s has only just begun. As much as I love Tennant, it’s time for a solid, universal changeover between Doctors. The same thing goes for Rose Tyler (Piper), who I feel has run her course as a character. It’s time to move on, people!

As for the villain of the film, I think the most obvious choice lies with one of the iconic creatures, such as the Daleks or the Cybermen. (Though, if the creators of the film really wanted to win my respect, they’d use a completely new monster, or one of Stephen Moffat’s wonderful creations like the Weeping Angels).

No release date, or anything other than “They’re doing it,” has been confirmed about the film, which seems likely to go into production after work on series 5 of Who is finished.